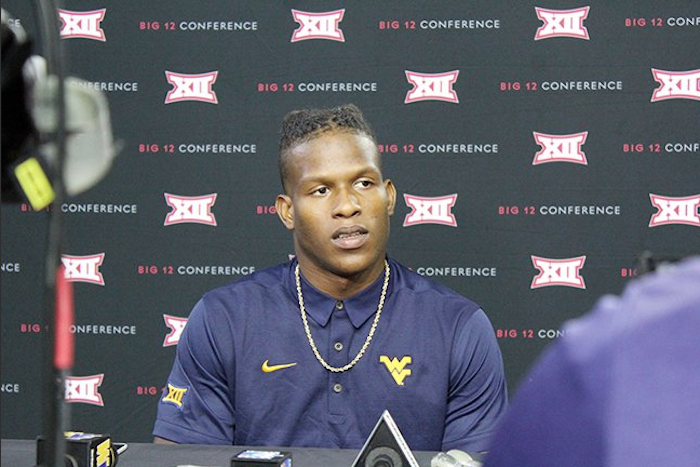 Justin Crawford insisted returning to West Virginia University wasn’t a hard decision for him. In fact, he’s thrilled to be back for his senior season with the Mountaineers.

“I wasn’t going to leave for the NFL because my education is more important to me. There is nothing like a free education when you’re family isn’t able to provide, financially wise, I’m still struggling. But having that free education and the ability to pursue my dreams and get my degree is a blessing,” Crawford told Heartland College Sports.

If you don’t know Justin Crawford’s story, it’s one worth learning. He was a star high school running back out of Columbus, Georgia, who was committed to Louisville. But after troubles with his grades, he ended up at Northwest Mississippi Community College and became the NJCAA offensive player of the year. He was likely headed to Missouri or South Carolina before West Virginia came along for the simple reason that Wendell Smallwood had decided to declare for the NFL Draft.

Education is now at the top of Crawford’s priority list, which he admits it wasn’t a few years go, saying, “I wasn’t really focused on my grades how I was supposed to be. But after spending two years at a junior college and a year at West Virginia, I understand academics are the most important thing, and without that I can’t do what I want to do.”

Crawford is one of seven siblings and lost his father several years ago, but he said any pressure from his extended family to enter the NFL Draft early fell on deaf ears, pointing out, “I make my own decisions, I got a family of my own. I love my family to death, but I’m me, I’ve got to think for myself.”

Sure, the running back is young, but he has a wife and two boys. Those are his priorities and they remain his focus.

With all that being said, Crawford isn’t going to lie and say the the NFL isn’t a dream, adding, “It’s always been a childhood dream to reach the professional level. But the main thing I am focused on is remaining healthy and making it through the season and the rest will follow.”

Of course, long before the 2018 NFL Draft comes around, Justin Crawford also has high expectations for this Mountaineers team in 2017. West Virginia surprised the Big 12 conference last season by going 10-3, and Crawford sees no reason for a drop off saying, “I think we are going to carry that momentum from last season into this season and plan on even better things happening.”

There’s certainly reason for optimism in Morgantown. The Mountaineers finished 7-2 in Big 12 play, tied for 2nd, and most fans and pundits believe they’ve upgraded the quarterback position from Sklyer Howard to Florida transfer Will Grier. The backfield is loaded led by Crawford, the Big 12’s leading rusher in 2016, along with sophomores Kennedy McKoy and Martell Pettaway, who Crawford is hoping to mentor as much as he can.

“I try to pass along my work ethic. I’m trying to have the guys constantly on time, even getting there early, getting themselves ready for the workout of the day.”

As for Grier, Crawford sings his new quarterback’s praises, saying, “he can be at the stadium before everybody, before we even go outside to do anything. Me and him are probably the first guys in the weight room, up to thirty minutes before the workout starts.”

It’s been a long winding path for Justin Crawford, who claims he wouldn’t change a thing. “I wouldn’t do it over for anything in the world,” Crawford said. “JUCO isn’t the best, but it’s not the end of the world. It’s not where you start, it’s where you finish.”

The Mountaineers are being picked by media members to finish 6th in the Big 12 conference behind Oklahoma, Oklahoma State, Kansas State, Texas, and TCU. Last year the Mountaineers were picked to finish 7th.

But in Crawford’s words, “it’s not where you start, it’s where you finish.”

It’s a motto that the Mountaineers, and Justin Crawford, know best and continue to live by.