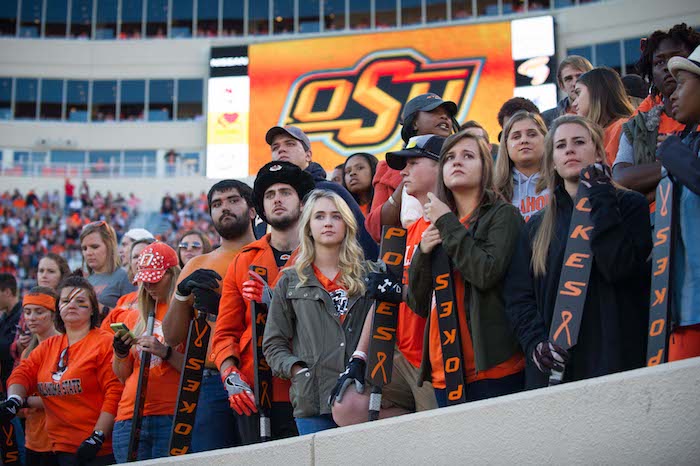 The phrase “OSU” can mean two very different things depending on where you are in the country. If you’re in the Rust Belt, then it refers to the Ohio State Buckeyes. But if you’re on the plains, you know it stands for the Oklahoma State Cowboys. Now, the two universities are battling over who exactly “OSU” refers to.

Back in February, Ohio State filed an application with the U.S. Patent and Trademark Office, seeking to trademark “OSU,” specifically on clothing and apparel. But Oklahoma State caught on and said, “not so fast” (insert Lee Corso voice). Oklahoma State University filed for an extension with the U.S. Patent and Trademark Office. Oklahoma State said it plans to file a notice of opposition to the OSU trademark request. The office approved that request, meaning the university has until August 31st to file its objection.

Meantime, Ohio State, the school that filed the application, insists this will be resolved amicably (how convenient). Ohio State spokesman Chris Davey said in a statement, “This is the type of item that arises from time to time in (administering) a trademark.”