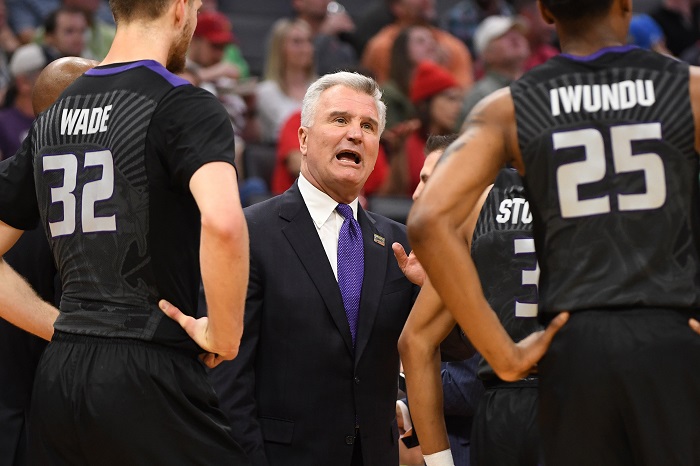 In this world we live in where NCAA coaches contracts guarantee nothing more than a potential buyout down the road, a coach’s agent is probably his best friend.

Kansas State athletic director Gene Taylor probably surprised a lot of people in Wildcat Nation on Tuesday when they announced a two-year contract extension for head men’s basketball coach Bruce Weber. The new deal leaves Weber at the helm of the men’s basketball program through the 2020–21 seasons.

To be fair, I always thought he deserved another year to show what he could do after making the NCAA tournament last season, but he was already under contract for two more years. A lot of the criticism that Weber has received has been completely fair, but there’s something to be said for a coach that does the right thing when it’s not easy. Bruce Weber is well respected throughout the college basketball community as a coach who runs a clean program and always tries to do the right thing for everybody involved.

That being said, this contract extension makes absolutely zero sense right now. Weber was already coming back for another season, everybody knew that. So what did Kansas State gain with this contract extension? The answer is simple, nothing. To say that Weber’s time at Kansas State has been tumultuous may be an understatement, so with him already under contract, why not let next season play out and see how he does?

In the press release announcing the extension Gene Taylor said : “I have had the opportunity to observe our men’s basketball program and visit with Bruce on multiple occasions since I became athletics director. I couldn’t be more pleased with the type of person we have leading our program. Coach Weber is well-regarded throughout college basketball as an outstanding coach and a man who conducts his program with integrity and class. I have been able to interact with his team this offseason, and I see the respect our current and former players who have regularly returned to Manhattan have for him.”

I’m sure that Taylor has great respect for Weber, but when are athletic director’s going to quit offering extensions for several years down the road to coaches who are on the proverbial hot seat? Weber had zero leverage in this negotiation, but he somehow got his way with a contract extension. The only argument, and the one that coaches will use in Weber’s situation, is the importance to recruits knowing the coach they might go play for is going to be around a while. A commitment from the University to a head coach helps recruits feel at ease.

That’s true, but at some point coaches have to win at a commensurate level to their program’s expectations.

Hopefully Weber and his boys will go out this year and silence all of the doubters, but if they don’t and Weber’s seat gets too hot at the end of this season, how many hundreds of thousands, if not millions, of dollars will this unnecessarily cost the Kansas State athletic program?