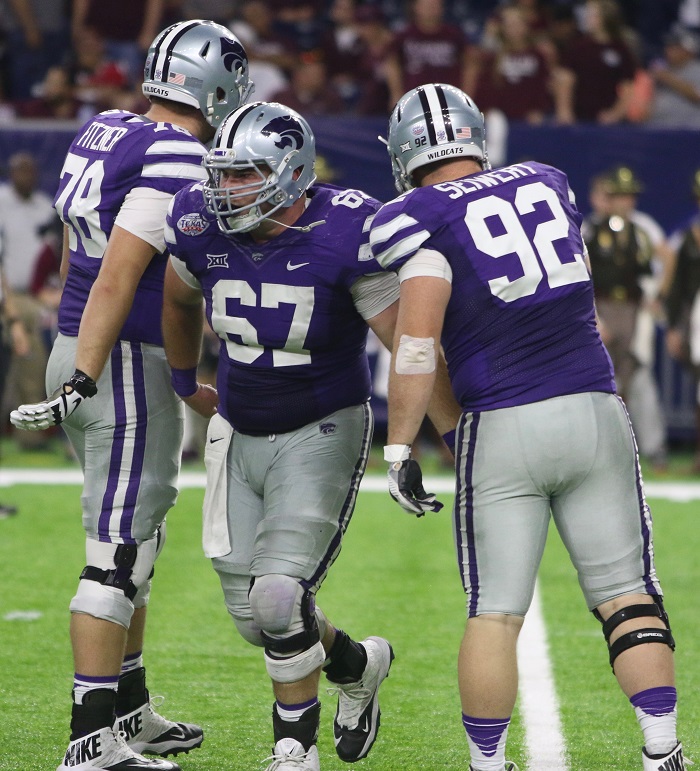 Heartland College Sports has exclusively learned that Kansas State’s starting center Reid Najvar is expected to forego his senior season in Manhattan and will become a graduate assistant on the staff.

Tim Fitzgerald of GoPowerCat has confirmed our report and added on Twitter it is concussion related.

We are also reporting that it’s concussion related. https://t.co/NYU53APbDM

The program is expected to make an announcement regarding Najvar in the coming days.

The center was a huge reason for Kansas State’s offensive line resurgence as last season progressed. The Spring, Texas native had his career get off to a slow start, only playing in a total of four games over his first two seasons in Manhattan. But prior to the 2016 season, he went from a backup guard to a starting center, replacing Dalton Risner, a freshman All-American lineman, who shifted over to tackle. Reid Najvar helped the Wildcats set the school record for rushing yards per carry (5.27), rank third in school history in total rushing yards (3,013) and rushing yards per game (231.8), and seventh in rushing touchdowns (39). Najvar started all 13 games last season on his way to Honorable Mention All-Big 12 honors.

This past spring he was named to the Rimington Trophy watch list, which is the award given to the top center in the country. Najvar completed his degree in business management in May.

Any team that losing it’s starting center (who also happens to be arguably the best returning center in the Big 12) is taking a big hit. But the Wildcats seem to always have the “next man up” mentality, and the offensive line is typically a strength for Bill Snyder’s program.

As more information becomes available we will be sure to bring it to you here at Heartland College Sports.