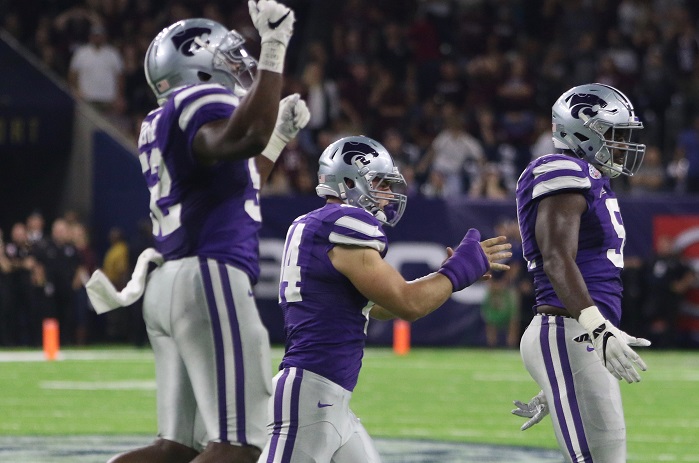 Kansas State has landed on its feet with a new radio partnership. Entercom’s 610 Sports, which recently agreed to mutually part ways with the Kansas Jayhawks, has agreed to a four-year deal to carry K-State’s football, men’s basketball, and approximately 10 women’s basketball games.

Meantime, K-State athletic director Gene Taylor added, “When we began our search for a new radio home in Kansas City, a strong commitment to K-State and our programs and an improved signal strength were at the forefront of our discussions. With Entercom KC and 610 Sports, we were able to accomplish those goals, and we are excited to begin what we hope to be a long-term relationship together. I know our fans, both in the Kansas City metro area and throughout areas of the Midwest, will enjoy an improved listening experience.”

It’ll take a little bit for Wildcats fans to make the change, as they’ve been dialed into 810 AM WHB for the past 18 seasons. But WHB recently signed a three-year deal to partner with the Kansas Jayhawks.

610 Sports is also official radio partner of the Kansas City Royals, which created conflicts in recent years, especially as the Royals made deep postseason runs. The station says that when there are conflicts, K-State games will air on KMBZ (980 AM). 610 also plans to carry the Bill Snyder and Bruce Weber radio shows, while the 10 women’s basketball games will be carried on 610’s sister station The Score (1660 AM).

Just two weeks ago I wrote about how 610 Sports was the obvious landing spot for the Wildcats. It just made two much sense and while K-State fans might be skeptical due to KU alumni at the station (Bob Fescoe), I can tell you this is the best place for the Wildcats to be. An all-sports station with some of the best personalities in the city who will now be contractually tied to Kansas State. That’s a win-win.