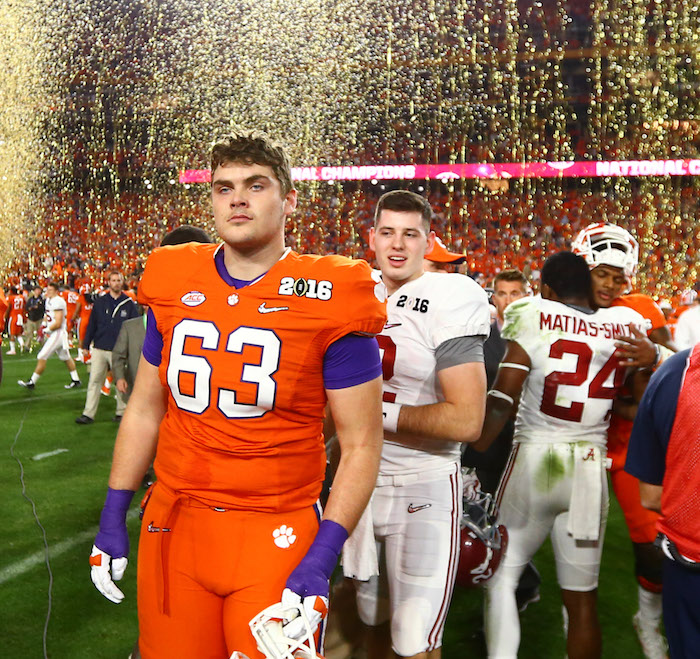 The Baylor Bears have beefed up their offensive line with former All-American Jake Fruhmorgen, who is transferring from Clemson (and Florida), according to SicEm365.

As part of the Class of 2015, Fruhmorgen was ranked as the fifth-best offensive tackle and was considered a top-15 player in the state of Florida (Tampa), according to Rivals. Coming out of high schoool he held offers from all the major programs including Alabama, Florida State,  LSU, Michigan, Ohio State, Notre Dame and several others.

Jake Fruhmorgen will arrive in Waco this week after a winding road the last few months. After two seasons at Clemson, he originally transferred to Florida this offseason, but left after a short period of time, because as SicEm365 reports, he did not feel comfortable in Gainesville.

Fruhmorgen is a big boy at 6’6”, 310 pounds and started eight games at right tackle last year for the National Champion Clemson Tigers. He’s the latest Power 5 transfer that Matt Rhule has added to the program, along with Tennessee WR Jalen Hurd and Texas A&M defensive end James Lockhart.

The only downside to this transfer is that Fruhmorgen won’t be able to help out the Bears this fall, as he will have to sit out the 2017 season to redshirt. But he will bring plenty to the table in 2018 and 2019 as Matt Rhule is desperate for quality and depth on the offensive line.