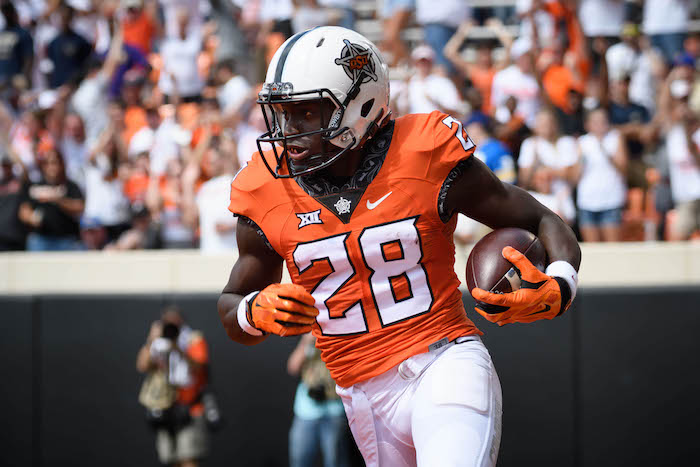 Here is everything you need to know about the Cowboys home opener in our Oklahoma State vs. Tulsa Preview.

DT DeQuiton Osborne: The senior showed flashes last season, his first after transferring in from Kilgore JC. If he can collapse the pocket and plug run lanes in the middle it will greatly limit what Tulsa can do on offense.

WR Tyron Johnson: Another transfer from LSU, the former 5 star recruit finally has a chance to show his skill set. If he can live up to any of his off-season hype he should make what was already a nightmare assignment for the Hurricane secondary even worse. Look for him to score on a return as well.

S Ramon Richards: The fan favorite cornerback turned safety for his senior season needs some game experience at his new position. Richards is fast and aggressive and should make deep passes difficult to complete, even when thrown away from him.

DE Jesse Brubaker: Brubaker has elite pass rushing skills and should be squared off against first year Cowboy Aaron Cochran. If the senior can use his speed against the much larger tackle who is still learning OSU’s system he may force Mason Rudolph into a mistake or two.

RB D’Angelo Brewer: After rushing for over 1400 yards while splitting time last year Brewer is ready to be the premier back. With the defense spread out and facing a defensive line without any known stars the potential is there for a big day.

QB Chad President or Luke Skipper: Someone has to play quarterback but replacing last year’s star Dane Evans won’t be easy. Look for whoever Phillip Montgomery rolls with to test the young corners of OSU often. Whoever it is has to play well if Tulsa is going to pull the upset.

Will the offense live up to its lofty preseason hype? Can the young cornerbacks hold up? For a team many are projecting to compete for both a Big 12 Championship and a playoff spot the answer to those needs to be a resounding “yes!” A decent Group of Five team is the perfect opponent for the Cowboy’s to flex their muscles against and prove they are for real, both offensively and defensively. Watch for Gundy to allow some aggressiveness of both sides of the ball.

Who replaces Dane Evans? It won’t be easy but Montgomery’s offense is deadly and OSU’s corners are inexperienced. Can TU’s new quarterback take advantage and force a shootout? Having an elite rusher in Brewer could help keep the pressure off. Can the solid Hurricane defense line take advantage of an offensive line that was average at best last season and make Rudolph, who has had fumbling issues in the past, uncomfortable?

There’s a reason Oklahoma State is ranked high to start the season. When it comes down to it Oklahoma State just out-athletes Tulsa across the board, and with almost no chance of the Cowboys being unfocused after last year’s Central Michigan fiasco I expect a big win for the home team in Stillwater. Two new starting corners in orange may lead to some points for Tulsa’s spread offense but Mason Rudolph and his elite receivers should make easy work of the Hurricane secondary. Tulsa scores a few late after Gundy takes his foot off the gas and pulls his starters for the fourth quarter.