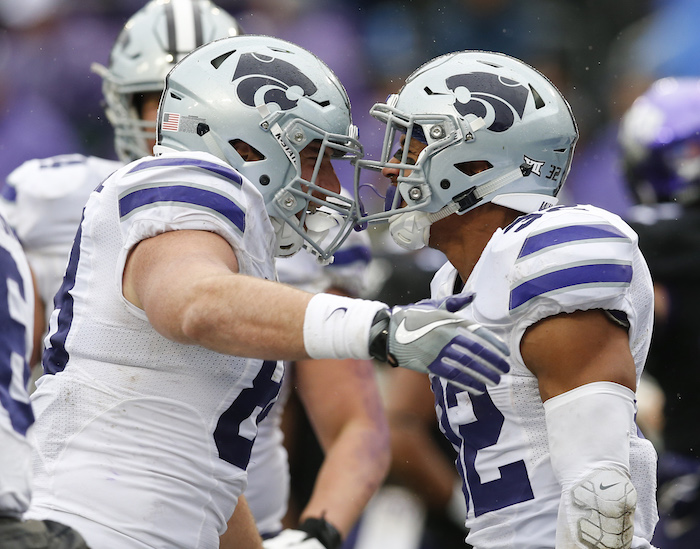 Here is everything you need to know about the Wildcats opener in our Kansas State vs. Central Arkansas Preview.

Hildebrand is the senior signal caller and leader of this Bears team. He’s listed on the second team of the Southland All-Conference preseason team in 2017. Last season he threw for over 3,000 yards with 19 touchdowns to only 10 interceptions. Oh, and he’s returning his entire starting offensive line. Nice perk.

Smith is a preseason FCS third-team All-American selection. He’s also one of three Bears defensive backs selected to the all-conference first-team. He’s a three-year starter who has plenty of confidence going into his senior season. And don’t forget, he returns punts as well, with abilities like this:

With the unexpected retirement of returning starting center Reid Najvar, it’s now up to Holtorf to get acclimated quickly. He redshirted in 2015 and only saw action last year against Florida Atlantic and TCU. It’s up the Holtorf to be the quarterback of an offensive line that goes up against a solid FCS defensive line led by preseason All-conference selections             Cardell Best and Chris Terrell.

I’d like to see Ertz run the ball less this season, and would like to see that begin sooner than later. Ertz is injury prone and with a loaded backfield of Alex Barnes, Justin Silmon and Dalvin Warmack there’s no reason the bulk of the carries need to come from the quarterback this season.

Don’t take the Bears for granted

Yes it’s a Top 25 team versus an FCS program. But it’s not your run-of-the-mill FCS program. If you’ve read this far, you realize that Central Arkansas as a quality team. They have 12 players selected on the preseason All-Conference team and are picked to finish in second place in the Southland Conference. The last thing the Wildcats need is a Central Michigan-Oklahoma State or Appalachian State-Michigan scenario on their hands.

Jordan Willis is off to the NFL, so now the pressure on the defensive line turns to Reggie Walker and Will Geary. Will they be able to be the focus of the defensive line? Walker turned in an outstanding freshman campaign. Yes, much of it was based on skill, but it didn’t hurt to know the offensive line was heavily focused on Willis. Central Arkansas returns its entire offensive line, so this will be a nice early season test (relatively).

It’s usually a past-first team under Bill Snyder, but with Ertz returning at QB and options like Byron Pringle and Dominique Heath on the outside, might we start to see some more through the air from K-State. Expect Snyder to keep the playbook vanilla against an FCS opponent, but we’ll get a taste of what’s to come later this month.

Once again, this isn’t the type of FCS team that Kansas State can sleepwalk through. They’ve got to give it a quality first half, if not 3rd quarter, to finish off the Bears. They’ll do it, as Bill Snyder doesn’t let him guys look past an opponent (especially when the next game looming is … Charlotte), but this isn’t going to be one of those absurdly lopsided FBS vs. FCS games.