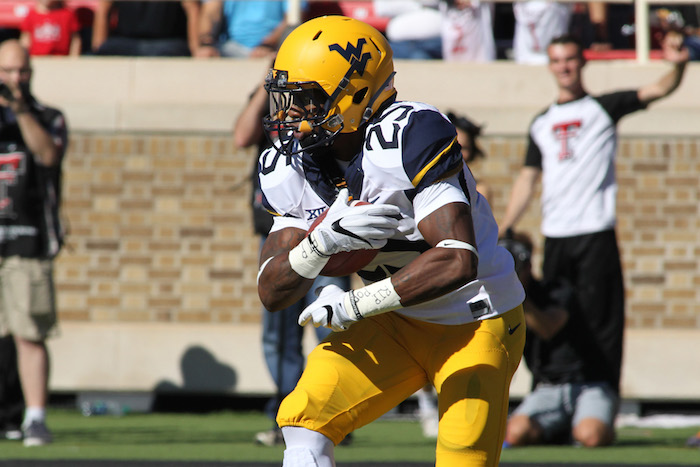 Here is everything you need to know about the Mountaineers’ season opener in our West Virginia vs. Virginia Tech Preview.

WR Cam Phillips. The Hokies receiver is in the Top 10 all-time in career receptions and receiving yards and has his eye on moving up the ladder this season.

RB Travon McMillian. The Hokies back has 1,714 career rushing yards and 14 career touchdowns, most of which came last season as he rushed for more than 1,000 yards.

CB Greg Stroman. One of the nation’s most versatile players, he has five career interceptions and has three career returns for touchdowns as a defensive back and return man.

WR David Sills. Once groomed to become a quarterback, Sills will be the Mountaineers’ X receiver in 2017 after spending 2016 at El Camino College. Before that he spent 2015 with West Virginia.

RB Justin Crawford. A preseason All-Big 12 selection, Crawford possesses some of the best speed of any player at any position in the Big 12. He rushed for 1,184 yards despite starting just four games in 2016.

S Kyzir White. One of the Mountaineers’ key defenders, White is coming off a 58-tackle season and looking to improve on Second-Team All-Big 12 honors from a year ago.

The Hokies are out to get back to the ACC title game after a surprise 2016 in which it went 10-4 and won the ACC Coastal Division under Justin Fuente in his first year in Blacksburg. To do so he’ll have to break in a new quarterback for the second straight year, as redshirt freshman Josh Jackson is set to take the helm.

The Mountaineers are breaking in a new quarterback as well, transfer Will Grier. West Virginia head coach Dana Holgorsen is hoping Grier can transition quickly to an offense that can be fueled by RB Justin Crawford and WR David Sills V. Additionally, Holgorsen hands over the reins of the offense to new offensive coordinator Jake Spavital. Holgorsen mentored Spavital at Oklahoma State.

The Hokies have one of the best defenses in the country, but the Mountaineers have enough offensive firepower to overcome that. Plus, the Hokies may struggle offensively with a new, young quarterback.