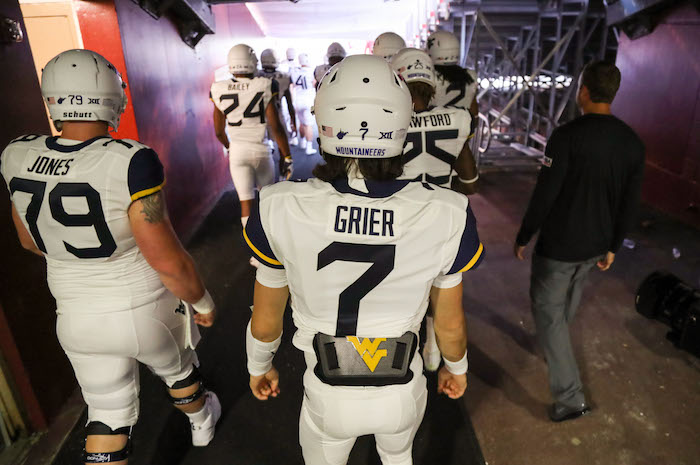 After tough Week 1, Big 12 with lots of ground to make up

I hear it all the time, “Who has the best conference in college football?” SEC? Big 10? ACC? What about the Pac-12? Very rarely are you going to hear the words “Big 12” coming out of someone’s mouth in that conversation. Whether you do it or not, there are plenty of folks out there who love to bash the Big 12 conference (cough, Paul Finebaum, cough). As if the conference bashing wasn’t enough, there were three losses this past Labor Day weekend that certainly did not help the Big 12. Now if you are a fan of any of these three teams, I am not trying to beat a dead horse or bring back the sleepless night or nights you’ve had wondering what went wrong. Let’s take a quick peak from a conference standpoint to see how this not only will affect these three teams but the Big 12 as a whole.

I can remember it like it was yesterday, Horns Digest writer Chip Brown predicting the Longhorns going 12-1, winning the Big 12 and earning a spot in the College Football Playoff. Well, it didn’t take long for that bandwagon to completely break down and is still probably stuck along I-35 somewhere trying desperately to get to Austin. What appeared to be a promising early start (Texas jumped out to a 7-0 lead after a Holton Hill pick six), quickly went out the window faster than you could say, “Texas is back folks.” After two quick touchdown drives by Maryland, Texas lined up for a field goal which ended up resulting in a 71-yard touchdown for the Terps (how many times have Texas fans seen that in the past two years?). At one point Maryland lead 27-7 midway through the second quarter. Yes, you’re reading that correctly. Eventually the Horns cut the deficit to 3, trailing 37-34 but they still could not figure out how to stop the Terrapins rushing attack and ending up falling 51-41.

If anything changed in Austin this past Saturday, it is that some fans got so frustrated that they felt the need to throw garbage on the field, which is not the greatest of looks when breaking in a new era of Texas football. Not to mention that Texas got out rushed by Maryland 263-98 on the ground and had over 100 yards in penalties which has seemed like a common occurrence for the Horns during the Charlie Strong era. The defense was pitiful and the offense didn’t score a touchdown of its own until midway in the third quarter. Bottom line: Texas lost to Maryland in football, not a crab cake contest.

Speaking of breaking in new coaches, Matt Rhule probably wasn’t expecting to lose his first game as Baylor head coach to an FCS team. Now I understand this program is still trying to recover from and distance itself from the Art Briles era, but losing to an FCS team is not a good look no matter what changes are being made. Baylor looked fine offensively and new graduate transfer quarterback Anu Solomon had a hell of a day throwing for 278 yards and 3 touchdowns. He also ran for 97 yards on the ground to help out the cause. The problem here was the defense in general. The secondary had some guys out with injuries and suspensions as they were forced to start a WR at DB in Blake Lynch and freshman DB Harrison Hand, who had their fair share of struggles. Not to mention the Bears defensive front was a non-factor rushing the passer, helping allow Liberty QB Buckshot Calvert (by the way, is there a better name for a quarterback?) to carve them up for 447 yards and 4 scores (3 TD passes, 1 rushing TD). The Bears better get things figured out quickly because as we all know the Big 12 is a pass happy league and if they don’t improve defensively, it is going to be one looooooooonnggg season in Waco. I had this team finishing 8th in the Big 12 this season and I am even having some doubts after this loss.

Out of the three conference losses in Week 1, this one by far is the so called “best loss”. Of course it is never a good feeling when your team loses a game, but at least Virginia Tech was a ranked opponent as of now. There is one big issue I had when watching Sunday but I think it could be changed by a simple “Run the f—king ball” by head coach Dana Holgorsen. You have the best backfield duo in the entire conference with Justin Crawford and Kennedy McKoy and they combined for only 21 carries the entire game. Heck, Will Grier had the second most carries on the team with 11. I know offensive coordinator Jake Spavital has a reputation for wanting to fling the ball all over the place, but when you have two backs like they do, how do you not even try to run the football? Justin Crawford only had 13 carries but averaged 8.2 yards per carry while Kennedy McKoy averaged 6.3 yards per carry. If the Mountaineers want to try and put every game on Will Grier’s arm and get into shootouts in conference play then go for it, but you will end up with more losses than you had hoped for. Run the ball, control the game and play defense. That’s who the Mountaineers are and I don’t see why you would change that formula.

To basically sum it all up for these three teams is that maybe they aren’t as good as people thought they were. No kool-aid was more dangerous to drink than the burnt orange colored one down in Austin. Big 12 title contenders? Probably not. Anytime Texas is down (the past seven years), it hurts the conference as one of the only two true bluebloods in the Big 12. Maybe Texas gets back to its glory down the road, but I just don’t see it for 2017. As for Baylor, while bowl contention was the goal I had in mind for them, as of now that seems like that could be in serious jeopardy. The Bears seem like almost a lock to be one of the cellar dwellers in the conference with Kansas. Lastly, West Virginia was predicted to be a middle of the pack team and that could very well remain the same even after this loss. The problem is that any other school that will be in contention for a Big 12 title spot, or even have a glimmer of hope of making the College Football Playoff, will be downgraded slightly because of the perception of the league. It’s only Week 1, but the Big 12 conference has taken another blow against its national perception. If any team from this conference wants to reach the College Football Playoff, no more than one loss is acceptable, and now even that might be questionable. We’ll see.

After tough Week 1, Big 12 with lots of ground to make up

2017 Week 2 AP Poll: TCU in, Texas and West Virginia out
Baylor vs. UTSA Preview and Prediction
To Top