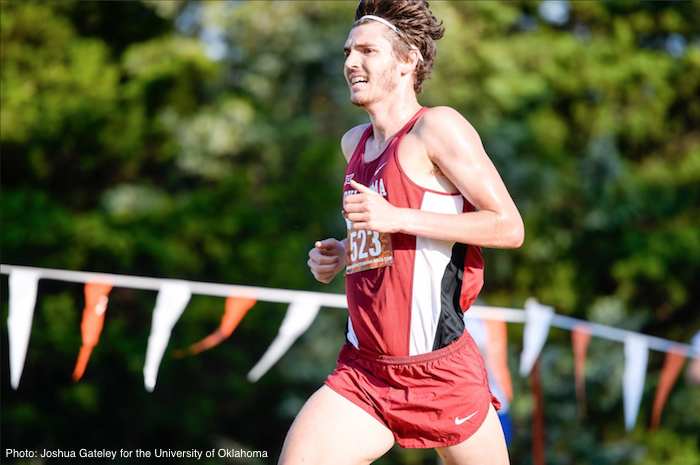 Away from the Gridiron: Big 12 cross country, soccer and volleyball

A new feature on Heartland College Sports called, “Away from the Gridiron” takes a look at some of the non-revenue sports and all the latest happenings across the Big 12 conference, including OU’s Liam Meirow tearing it up in cross country.

Runners of the Week

-Logue is a freshman who won the 4K event, finishing with a time of 13:45.2. She is the first-ever Cyclone to be named Big 12 Runner of the Week as a freshman. This comes after her first race.

-Collins won the Aggie Open this weekend in a time of 14:05.3. Collins is a sophomore. This is her first time to receive the honor.

-Liam Meirow won the Cowboy Duals 5K in a time of 15:26.5. This individual victory comes against three teams who are ranked in the top 20 nationally in Arkansas (4), Oklahoma State (10) and Tulsa (20). The Sooners are unranked.

() Rankings from the United Soccer Coaches, former known as the NSCAA

-Oklahoma State is tied for seventh nationally in goals per game at 3.33

–Allison Ganter (TCU) is the Big 12 Offensive Player of the Week. Ganter scored three goals and grabbed an assist on another. Two of her three goals were game-winners.

–Mayi Kith (West Virginia) is the Big 12 Defensive Player of the Week. Kith played a major role in WVU’s 2-1 upset victory over No.1 Penn State. This is Kith’s second time to receive the honor in her career.

–Taylor Olson (Oklahoma State) is the Big 12 Freshman of the Week. Returning to her hometown of San Antonio, Olson scored a hat trick against UTSA. All three goals came with a span of six minutes and 43 seconds.

() Rankings from the AVCA Coaches Poll

*Oklahoma State does not sponsor volleyball

-Texas has two players in the top 10 nationally for Blocks Per Set. Morgan Johnson is fourth at 1.81 while Chiaka Ogbogu is seventh at 1.78. As a team, the Longhorns are ranked second with 3.72 blocks per set.

-Iowa State’s Ainise Havili is seventh nationally in Assists Per Set with 12.46. As a team, Kansas is ranked fourth with 14.62 assists per set.

–Kelsie Payne (Kansas) is the second consecutive Jayhawk to earn Big 12 Offensive Player of the Week honors. Payne was named the Most Valuable Player of the Wolverine Invitational. During the tournament, she averaged 4.80 kills per set and achieved a .389 hitting percentage.

-Freshman Lexi Sun (Texas) is the Big 12 Defensive Player of the Week. Sun was named the Most Valuable Player of the USD Tournament in San Diego after a weekend which saw her post 3.1 kills per set, 19 digs, eight blocks, four assists and two service aces.

Away from the Gridiron: Big 12 cross country, soccer and volleyball

It might be too late, but the Big 12 has finally grown a backbone. The Big 12 Conference sent a “cease and...

The landscape of collegiate athletics has changed forever with the implementation of the name, image, and likeness profitability for college athletes.  Well...

Texas Tech Should Avoid AAC At All Costs

It’s clear that Texas Tech should be in aggressive pursuit of Pac-12 membership. The Big 12 is on the ropes for the...

When we talk about football competitions in the US, the first one that immediately comes to mind is NFL. This is why...

The NFL and NCAA are fundamentally the same sport that follows the same rules, and yet at the same time, it feels...

After tough Week 1, Big 12 with lots of ground to make up
Oklahoma State vs. South Alabama Preview and Prediction
To Top