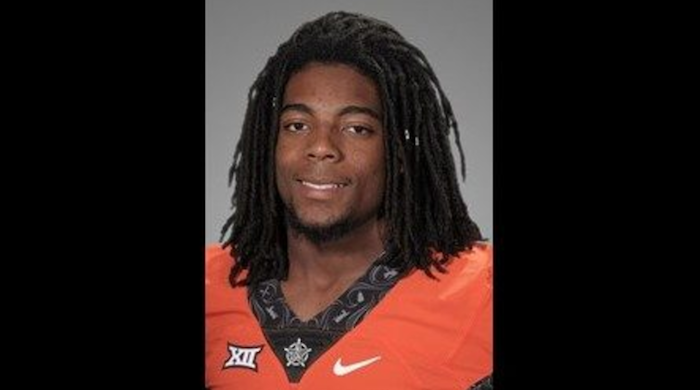 Oklahoma State redshirt freshman linebacker Brendan Vaughn was arrested over the weekend for possession of a controlled substance with intent to sell, as first reported by the O’Colly.

According to the police report, Oklahoma State residential life and police followed the smell of marijuana to his room late on Saturday afternoon. They allegedly found the substance in his room in a bag on the desk in front of a window and there was an even larger bag in the closet. Court records also show“several” more vacuum-sealed bags of the substance found in the closet, along with a safe, a digital scale, and a Versace sunglasses box containing more than $1,500 Vaughn was arrested at 4:30 pm Saturday and was released on Sunday.

Vaughn enrolled early at Oklahoma State in 2017 and was planning to redshirt this fall. He was a three-star linebacker recruit out of Forney High School in Texas. 247 Sports and ESPN both had him listed just outside the top 100 of the top-ranked players in Texas.

On Tuesday, Vaughn was charged with one count of felony possession of marijuana with intent to distribute within 2,000 feet of a school and one misdemeanor charge of unlawful possession of drug paraphernalia.

Big 12 coaches in their own words: Week 3
Away from the Gridiron: Big 12 women’s soccer, volleyball and cross country
To Top