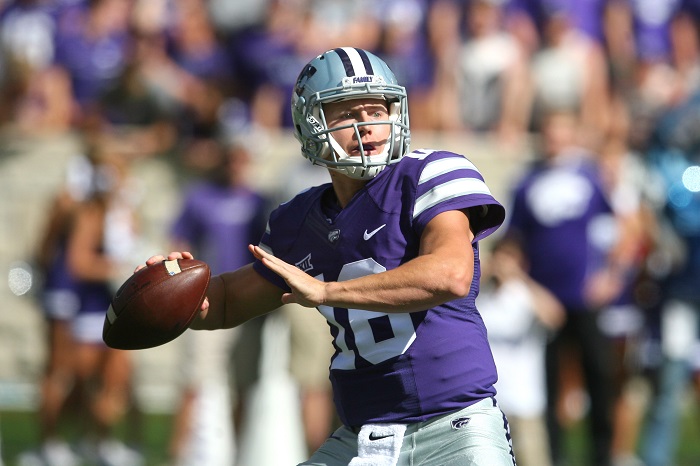 A win’s a win, but even head coach Bill Snyder knew after the game there is still plenty of work to do.

“It was very, very inconsistent,” Snyder admitted. “We made a few big plays, but we need to be more of a big-play offense. That needs to be part of the balance that we have and we do not have quite enough of those.… We just have to be better.”

Kansas State has never been the kind of team to get by on talent alone. Sure, the Wildcats bring in their share of 4-star players, but nothing close to what the folks in Norman or Austin are accustomed to. Despite that, Snyder has put together one of the most consistent programs in the country.

How so? By doing the “little things” right.

Even though Kansas State picked up a 33-20 win over Baylor on Saturday, there were plenty of “little things” that the Wildcats didn’t do right.

There was D.J. Reed unwisely taking a punt return out from the two-yard line and fumbling the ball, which was recovered by Baylor. Thankfully for K-State, the young Bears are struggling themselves, and ended up having their field goal blocked to end the drive.

There were the four drops by Kansas State receivers and running backs. This comes just two weeks after dropping six balls against Vanderbilt

Snyder gave an ultimatum after the game, saying, “We just have to do something about it. There are two options. One is it gets corrected or you get somebody else. It’s that simple.”

Even wide receiver Isaiah Zuber, who dropped a touchdown pass himself, added, “We have to do some soul searching as a group. We are the weak links on the team right now. We have got to step it up. The first two games we played good and now we are just slacking.”

Hopefully it’s slacking and not talent. Between Zuber, Byron Pringle and other weapons on the outside, quarterback Jesse Ertz was expect to have a plethora of effective and talented wide receivers. But ten dropped passes the past two games would tell a different story.

In the second half, Baylor executed a perfect fake punt that kept their drive alive. It should have resulted in even more yards, as it looked like A.J. Parker got away with targeting. Following a Baylor touchdown and nursing only a seven-point lead, D.J. Reed had another fumble on a kick return, but was lucky enough that the ball trickled several yards out of bounds.

Defensively, Kansas State looked good, mostly. But 140 yards on two plays resulted in Baylor touchdowns (John Lovett, Denzel Mims) and kept the Bears within striking distance. On both Baylor touchdowns there were players out of a position and missed tackles.

Offensively, Kansas State settled for four field goals on the afternoon against one of the worst red zone defenses in the Big 12 conference. Field goals might work against Baylor. They won’t against Oklahoma, Oklahoma State, West Virginia, TCU and others.

“There is a lot more on the table, still,” said running back Alex Barnes. “We left a lot of points on the board, especially in the red zone. We should be able to punch those in pretty frequently and pretty regularly. We weren’t able to do that. That is something we are going to have to get better at.”

The problem for Kansas State right now: there’s a lot of the “little things” that this team has to get better at to reach their goals set before the season of a Big 12 championship.