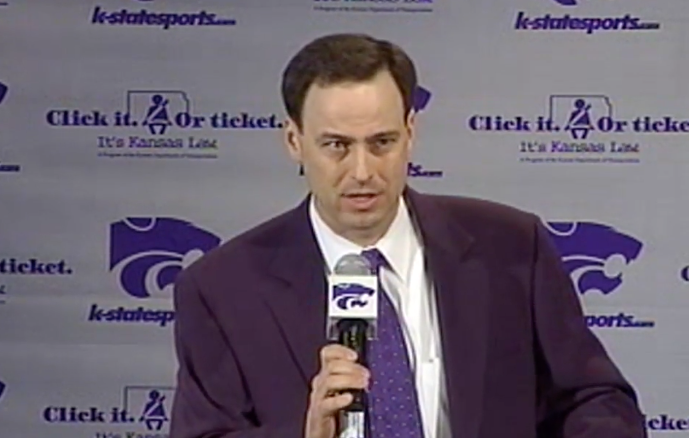 When John Currie left Kansas State for Tennessee, he had to have known he might very well be in the market for a new head football coach sooner than later. Butch Jones went 9-4 last season and 4-4 in SEC play, a season where the Vols were expected to win the SEC East. Now this season, they’re 3-5, including an 0-5 mark in the SEC. But Currie has yet to pull the plug on the Jones run in Knoxville, which is really upsetting most of Vol Nation. Rightfully so.

But here’s another issue for Currie: he’s never had to hire a football coach. He became the Kansas State AD in 2009, after it was announced that Bill Snyder would be returning to coach the team. He also didn’t hire Frank Martin, but it’s widely reported that his fractured relationship with Martin is what led the head coach to jumping ship for South Carolina. That ended up with Bruce Weber in Manhattan. How’s that gone for both sides?

It’s nearly impossible to find any reason to keep Jones employed at this moment. Fire him, use an interim head coach (how much worse can it get?), and officially begin the search in Knoxville.

Curry is butchering this in a big way and as you’ll see below is not endearing himself to Vol Nation.

Here are the best (or worst) tweets, depending how you look at it, aimed at John Currie in recent days. Some of these are GOLD.

Florida’s AD has fired Jim McElwain because unlike Tennessee’s AD he isn’t a pussy.

@John_Currie we are no longer just sick of Butch. We are sick of you. Make a change tonight or get out. Get out. pic.twitter.com/VCTO8rNvX3

This is no longer a joke. Fire John Currie and fire Butch Jones. We’re not taking this anymore.

I want @john_currie to go to a restaurant-get horrible service-then not hear from mgnt for 5 weeks about it. #FireButch #GBO

John Currie is a joke from what I can tell. Complete lack of accountability in the athletic department. Always some bs excuse why it’s someone else’s fault that Butch has failed

Hey, @John_Currie, check out my buddy’s 2nd graders’ homework. Maybe it can help you sort all this out and make a decision. @ClayTravis pic.twitter.com/kuNWKGNqm5

Big 12 coaches in their own words: Week 10
Texas Tech vs. Kansas State Preview and Prediction
To Top