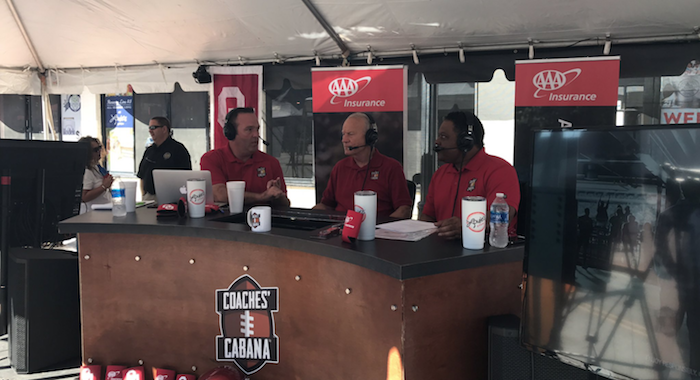 As the Big 12 inches closer towards its first Big 12 championship game since the conference went through realignment following the 2010 season, Barry Switzer is not happy about how this could play out for his Sooners.

Sooners win out then play Big 12 Championship Game?? Nothing to gain but everything to lose” scenario!! Have always opposed! @OU_Football

Sorry, Barry. This is how this is going to be for the foreseeable future in the Big 12 conference. The game will always be a rematch. Some years that will be beneficial, some years it won’t be. Example: Had TCU come into last week’s game undefeated and then lost, they would still be in consideration for the College Football Playoff. Now that they have two losses, it’s 99% certain they will just be playing spoiler in a couple of weeks, if they get to Arlington.

Another example: Let’s say Oklahoma State did not lose to TCU in September. The Cowboys would be a one-loss team looking for revenge in the Big 12 championship game and would have a shot at the College Football Playoff. That would be fun.

But what it looks like we will have instead is a one-loss Sooners team with a very strong resume going up against a two-loss team (likely TCU) that is simply looking to spoil OU’s trip to the College Football Playoff. It’s not the ideal and for those that hated the idea of a Big 12 championship game, this is feeding their narrative.

But in more instances than not, I believe it will be beneficial for the Big 12, which is universally disrespected by many national folks around college football. The extra win would be invaluable, especially for teams like TCU, Oklahoma State and others who don’t have the national branding of Oklahoma and Texas.

Another benefit for Oklahoma this season is their non-conference game vs. Ohio State. If they didn’t have such a high-quality non-conference win, then a 13th data point would be very valuable. It just so happens that with the way it’s shaping up right now, the Sooners may not need a championship game to reach the College Football Playoff.

But we need a few years before we properly judge it. Coach Switzer is just doing what he does best, shooting from the hip.