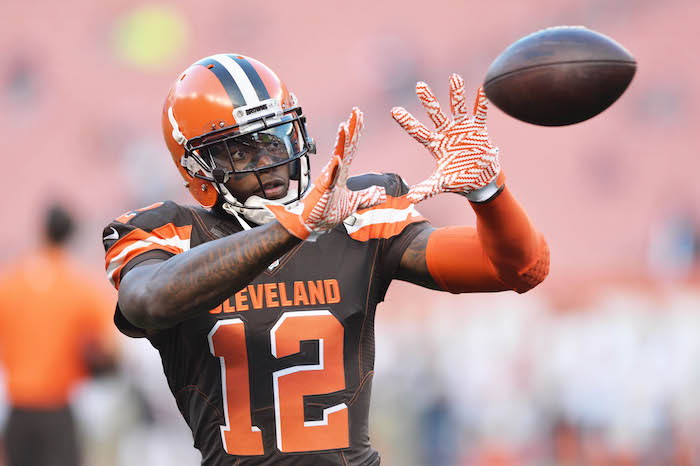 As former Baylor and current Browns receiver Josh Gordon prepares for his return to the NFL this weekend, new information is out there regarding his time in Waco.

In an interview with Sports Illustrated’s The MMQB, Gordon estimates he was bringing in $10,000 per month in weed sales while in college. Gordon said that as a sophomore at Baylor, he was “receiving as much as six pounds of weed—vacuum-sealed and wrapped in Mylar, sprayed with kerosene and covered in coffee beans to mask the smell, shipped through U.S. mail—every week from a dealer back home.” He then would drive to Dallas, Austin and San Antonio to sell it.

Gordon grew up in Houston, joining a gang as a sophomore at Lamar High School. He was considered a three-star prospect in the Class of 2009 and had offers from Arizona, Kansas, Nebraska, and Missouri, before picking the Baylor Bears. Every morning Gordon said he would pick up a .38 special from a tattoo parlor and return it at the end of the school day. In high school, Gordon said he sold drugs, stole cars and bought counterfeit money.

Gordon hasn’t played in an NFL regular season game since 2014, as he’s been handed down multiple suspensions from the league for violating the substance abuse policy. But he is eligible to return for Cleveland this Sunday against the Chargers.

Gordon has done several media appearances in recent weeks as he relives his past and prepares for a clean and sober future. He told GQ Magazine that he smoked marijuana and drank alcohol before “probably every game” in college and the NFL.