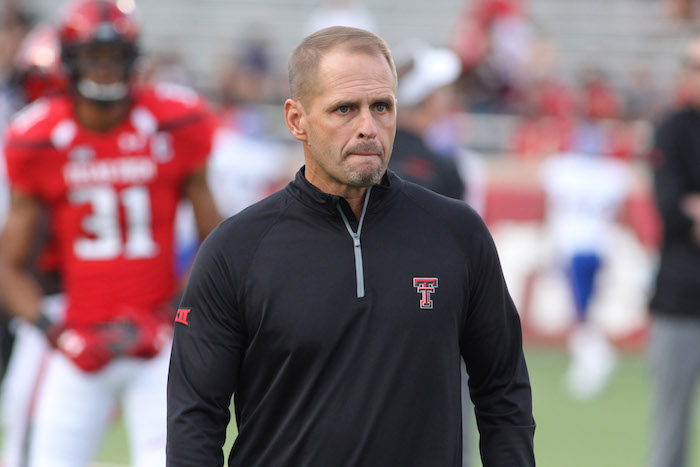 As rumors began swirling that Texas Tech’s David Gibbs was being pursued by new Arizona State head coach Herm Edwards, the Red Raiders have locked up their defensive coordinator.

In a press release, head coach Kliff Kingsbury, who it was announced last month would be coming back in 2018, said, “We are fortunate to have one of the top defensive coordinators in the country in Coach Gibbs. Since the conclusion of the regular season, finalizing this new contract to keep Coach Gibbs at Texas Tech has been a priority for myself and Kirby (Hocutt). We look forward to continuing to build one of the nation’s top defenses in the years to come under Coach Gibbs.”

Gibbs was drawing interest from Herman as he worked for the former NFL head coach as the defensive backs coach with the Kansas City Chiefs from 2006 to 2008.

Tech barely cracked the top 100 in total defense this season (99th nationally), but there was vast improvement as it allowed more 100 yards less a game than in 2016. Also, the Red Raiders led the Big 12 in with 27 takeaways, including forcing four second-half turnovers in a win at Texas to get to bowl eligibility.

Schovanec added about his AD, “Kirby is one of the most effective fundraisers for Texas Tech. And so private dollars are the source of the new facilities you see. That’s just one of the many attributes he brings to that position as our athletic director.”

This is huge for Texas Tech, as they couldn’t afford to lose Gibbs, who was finally starting to make strides with a unit that has been holding this program back for the last several years.