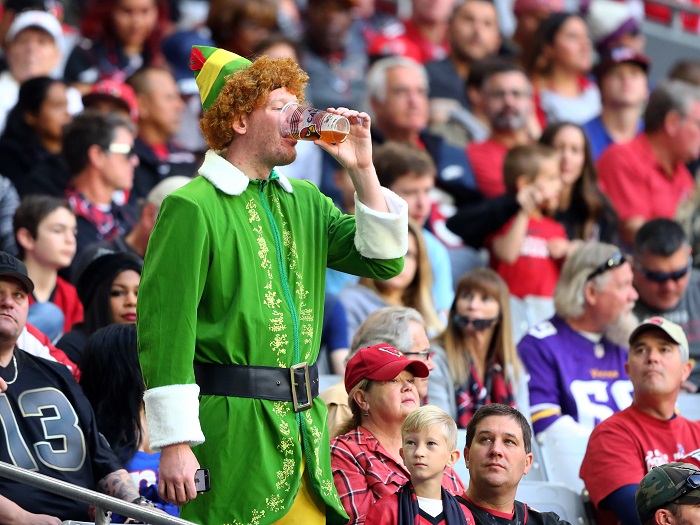 Merry Christmas to all our Big 12 friends! It’s time to have some fun with a 2018 Christmas wish list for every team in the conference. Don’t get offended by this list. Just take it with a grain of salt and have a couple of Christmas morning laughs with it. That’s the only goal here. We’ll go in alphabetical order.

Pretty please. The folks in Waco have been good little boys and girls this year and deserve it. Charlie Brewer does well on the run, but let’s give this guy a solid offensive line to operate behind and you’ll really see this offense blossom, along with the running game of JaMycal Hasty and John Lovett.

Maybe? This might be comparable to when your 5-year old asks for a brand new horse for Christmas, but hey, shooters shoot. It’s worth a shot. But I’m not convinced even Santa can bring these Jayhawks a couple of wins. If he does, that would redefine what a “Christmas Miracle” is really all about.

What is Bill Snyder thinking? This year-to-year stuff is starting to become too much of a side show. Santa and Bill Snyder are basically peers, so time for the big guy to go down ole Billy’s chimney and give him an ultimatum: how much longer are you willing and wanting to do this? K-State deserves to know and figure out its own game plan.

Campbell signed the six-year extension just weeks ago, so he doesn’t need much more under his tree this year. But all Iowa State fans want is for Campbell to continue to enjoy Ames, the administration at Iowa State and this football program. In fact, if I could guarantee you that, how many ISU fans would give up their gifts this year? I think quite a few of you would.

I don’t think that’s too much to ask, right? 50% of Mayfield, with OU’s supporting cast, still puts the Sooners in contention for the Big 12 title next year. But when you’ve wrapped up three years of arguably the greatest quarterback in Big 12 conference history, it’s a tough act to follow and expectations can get too high.

Enough. If Nick Saban magically retires and Gundy interviews at Alabama, so be it. But this nonsense in recent years with Arkansas, Tennessee, Baylor and Tennessee again has got to stop. Between losing three home games, two of which he was favored in, and then sending Oklahoma State fans on another one of these December sideshows with Tennessee, I’d put a big lump of coal under Mike Gundy’s tree this year.

TCU Horned Frogs: Shawn Robinson lives up to the hype

We saw a little bit of the true freshman this year when Kenny Hill was out with an injury. He looked great running the ball, but not as good with his arm. Hopefully spring ball and summer camp treats him well and TCU keeps competing for Big 12 championships. How about we all pitch in and put a QB coach underneath Mr. Robinson’s tree in DeSoto?

This won’t be one of Santa’s biggest asks this year. Nor should it be. It’s Texas, but it’s a beaten down fan base that is like the kid who asks for everything imaginable each Christmas and ends up disappointed with what’s under his tree. Time to lower the expectations, pal. UT did a great job in the early signing period, but with the way the Big 12 is structured for 2018, it’s easy to see this crew finishing in the middle of the pack again. So, how about 7 or 8 wins for the boys in Austin?

What does that mean? Probably just another bowl game and he’ll get an extension. TTU doesn’t want to fire Kingsbury. That’s very obvious. So if he can get this team to 6-7 wins, he’s safe and continues in Lubbock. I’m rooting for it and most of Red Raider Nation is as well. If the season starts spiraling, then the fan base will be rightfully frustrated as the potential rebuild will be starting one year later than it should have been.

The Ghost of Christmas Past needs to return defensive coordinator Tony Gibson, circa 2016, to Morgantown. That version of Tony Gibson shocked the Big 12 with a highly effective defense that led to his big extension after last season. The West Virginia defense was atrocious at times this season and is potentially the only thing holding this team back from having a legitimate shot at a Big 12 championship run in 2018. Ball’s in your court, Tony.

Birmingham Bowl: The Good, the Bad and the Ugly for Texas Tech
Heart of Dallas Bowl: West Virginia Mountaineers’ Good, Bad and Ugly
To Top