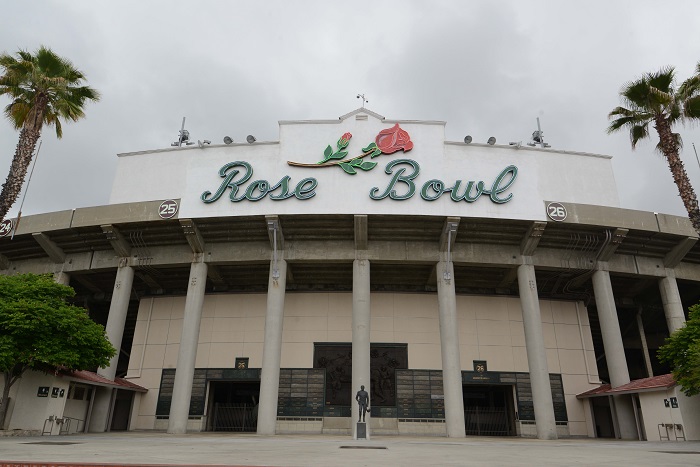 While it’s a game that will sting Oklahoma Sooners fans for years to come, it’s also one that won’t be forgotten anytime soon. On top of that, it was also one of the most-watched games in College Football Playoff history.

According to ESPN, the Rose Bowl semifinal game saw a ratings increase of 29% year-over-year from the first game of last year’s semifinal (Washington vs. Alabama), delivering a 14.8 overnight rating. The game was also up 53% from the 2015 season’s first CFP semifinal game (Oklahoma vs. Clemson). In fact, the rating for the Georgia victory nearly matched the record-breaking inaugural CFP Semifinal at the Rose Bowl Game (Jan. 1, 2015: Florida State vs. Oregon), which remains the highest-rated CFP Semifinal to date (15.5 overnight).

Also, here were the top 10 markets for the Rose Bowl game.

It’s kind of amazing that a market like Birmingham, which is mostly Alabama/Auburn territory, had better ratings than Oklahoma City, and was No. 1 overall.

And for some perspective, Birmingham’s local rating jumped to a 55.7 for the second game featuring Alabama and Clemson.