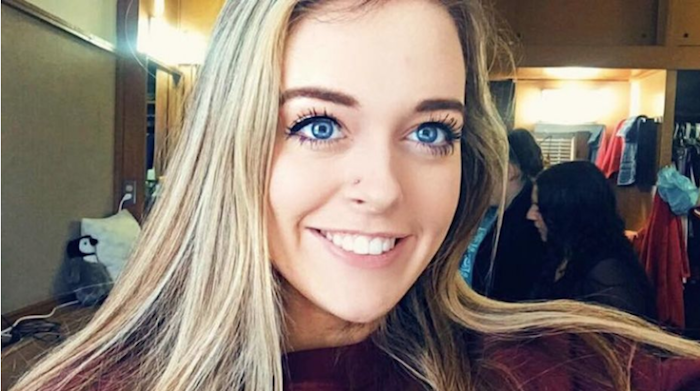 In 2018, you can never be too careful. Texas Tech student Diana Durkin learned that the hard way.

The 19-year-old sophomore at Texas Tech was stopped by TSA before her flight last week for flashing the “finger gun” salute that Texas Tech fans have done for years.

Fearless and I are wishing our Red Raiders good luck today in Houston! Let’s Wreck ‘Em Tech! #gunsup Thanks Texas Tech University for the photo!

According to the story first grabbed by Buzzfeed, Durkin was waiting on line for security and spotted a man in a Texas Tech hoodie. She naturally threw up a finger gun, to which he gave an odd look.

Moments later, a TSA agent took her out of line to question her further. Durkin then took the news to Twitter.

tsa is now pulling me aside to talk to me :((

Durkin told Buzzfeed, “She said, ‘What are you doing? You can’t do that in an airport.’”

She says she was terrified, thinking to herself, “Oh my gosh, they think I’m a terrorist,” and, “Oh my gosh I’m going to jail.”

“I’m just sitting there, almost in tears, like, ‘No, I’m just really dumb, I’m not a terrorist!’”

Thankfully the TSA folks wised up, which let’s be honest, isn’t always the case. The agency let her off with just a warning, after she told them she realized what she did wrong.

Interestingly enough, Durkin was flying back from Houston, as she took a semester off to help her family following Hurricane Harvey. The poor kid was excited to get back to campus and enjoy her time as a Red Raiders, and instead, she nearly landed herself on the No Fly List with some of the baddest folks on the planet! What a crime!