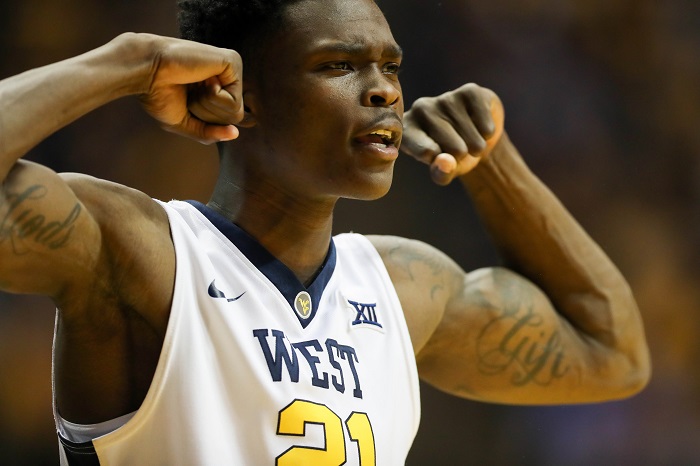 There’s been plenty of discussion surrounding the end of Saturday’s Texas Tech – West Virginia game. The Red Raiders fans stormed the court following their 72-71 win and WVU’s Wesley Harris took a swing at a Tech fan on the court.

For the record, I’ve ripped both sides. Harris was wrong, but the fan base rushing the court as a top 10 team is really lame. Today the Big 12 fined Texas Tech $25,000 and reprimanded Wesley Harris.

Anyway, the Godfather of college basketball (this is entirely sarcasm), Jay Bilas, gave his hot take on the Harris/Texas Tech situation. He admitted he certainly didn’t approve of what Harris did, but took a harder stance on Texas Tech and the whole idea of court storming.

Bilas said, “It’s really almost hard to believe how the Big 12 reprimand Wesley Harris for that. I’m all for sportsmanship and I’m not advocating anything should happen, but to me, it’s pretty clear to me, players stay in the stands, when Marcus Smart of Oklahoma State went into the stands at Texas Tech, that caused a huge problem, and fans need to stay off the court. And if you do go on the court, the one thing we don’t know is what was said to the West Virginia players and how fans come at them. And I think you have to protect the players first, so I don’t agree with any reprimand by the Big 12.”

Jay Bilas’ defense of Wesley Harris and WVU from court storming in Lubbock over the weekend pic.twitter.com/yL272YVbrR

I’ll tell ya what, Jay Bilas is never wrong in his own mind, but in this case, he really is spot on. I still am not going to excuse Harris swinging at a student, especially when you’re 6’8”, and there is nothing in that video that implies Harris was threatened or was even approached by a student. But court storming is ridiculous and court storming as a top 10 team is even more ridiculous.

Let’s just put an end to the entire thing once and for all. The problem is, college basketball is struggling enough as is to keep people interested in its lengthy regular season. In many ways, for too many people, it’s a one month sport. Court storming makes for headlines on SportsCenter and elsewhere, so it puts all parties involved in a tough spot.

My best guess? Nothing gets done.