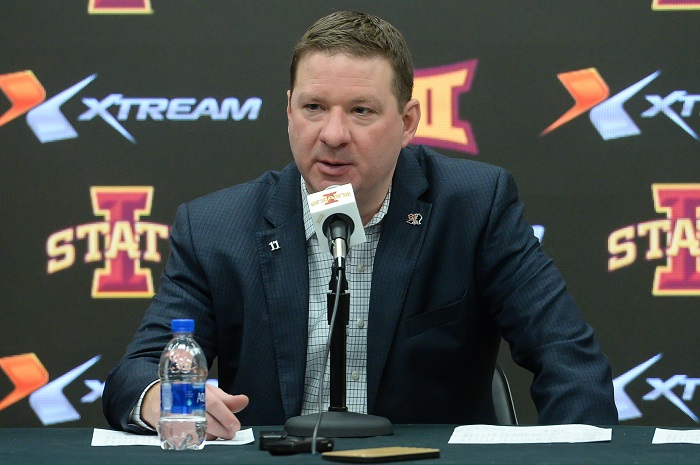 Usually it’s the players who are dealing with torn ACLs and injuries of the like, but that’s not the case in Lubbock, Texas. Head coach Chris Beard confirmed on Thursday he tore his ACL in last week’s game against the Iowa State Cyclones.

Beard told reporters the news and asked them to spread the word, while adding, “I just don’t want the people of Iowa to think I’m a soft person.”

Honestly, I don’t think anyone believes that about Coach Beard. Hell, the guy recently offered to buy fans with limited means tickets to Red Raiders games. He’s also got the Red Raiders playing their best basketball in over a decade since the Bobby Knight era in Lubbock.

Incase you’re wondering, here’s the play that Beard suffered the injury on.

Chris Beard officially tore his ACL due to this. We wish him a speedy recovery pic.twitter.com/nholX5wTIS

Beard finished coaching the game in a 70-52 loss to Iowa State, but the Red Raiders bounced back on Wednesday with a 75-70 win over the Oklahoma State Cowboys. Texas Tech is 5-3 in conference play and tied with West Virginia, Oklahoma and Kansas State for second place in the Big 12 conference and one game behind Kansas (6-2).

There’s no time for Beard to rest or feel sorry for himself in a ridiculously deep Big 12 conference. Texas Tech plays at former Final Four team South Carolina on the road Saturday (13-7, 4-4) in the Big 12/SEC challenge, then it’s back to the Big 12 grind with Texas, at TCU and Iowa State on deck.