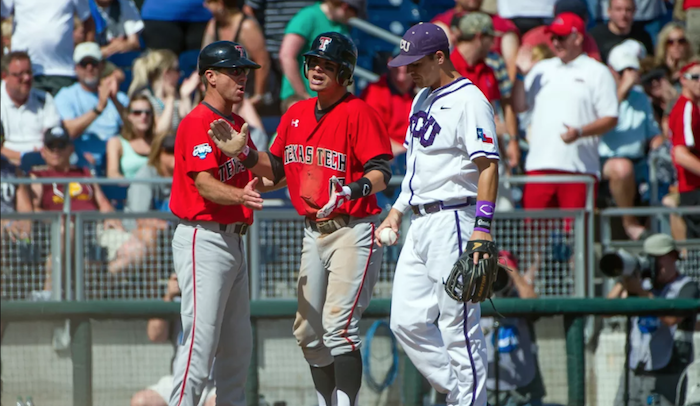 ESPN announced its 2018 college baseball television schedule, and the network was proud to announce they’d broadcast a record number of college baseball games, as more than 800 are set to be televised on ESPN, ESPN2, ESPNU, SEC Network, Longhorn Network and the ESPN app.

Also, here’s a weekend to mark on your calendars OU fans: Oklahoma hosts Texas on ESPNU on April 14 and April 15th. What else is April 15th? OU’s spring football game. Woo!

Other highly anticipated series include TCU vs. Texas Tech, two top 5 teams, the last weekend in April and the following week its Texas Tech vs. Texas.

Below are all the games starting with conference play. Nearly every Texas Longhorns game prior to Friday, March 16th, is on the Longhorn Network as well.