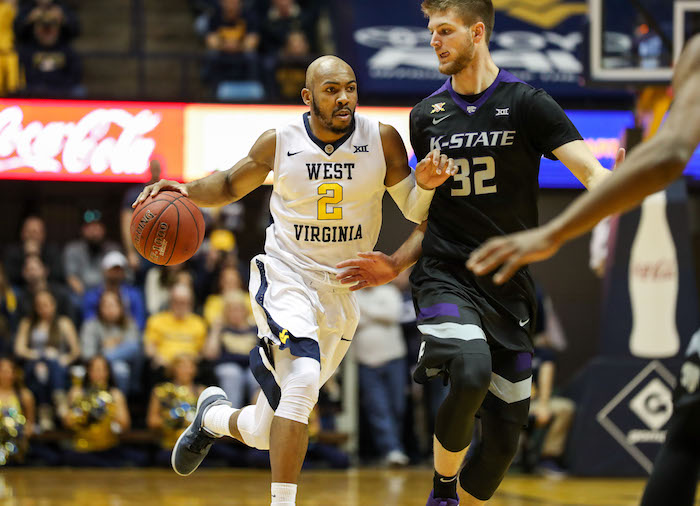 By popular demand, it’s time to bring back the Power Rankings. We did them throughout the entire football season as our staff voted and then we averaged each contributor’s rankings out to come up with our official rankings one through ten. Well, there’s still plenty of time left to get going with hoops, so here we go!

Chris Beard has this team humming right now, winners of four-straight games. At the moment, no on else in the conference has a winning streak longer than one game. Combined with KU’s loss, Tech is technically in first place in the Big 12 conference, since the Red Raiders hold the tie breaker, as of now, over the Jayhawks. Texas Tech goes 9-10 deep, with nine players seeing at least 10 minutes of action on Saturday against TCU. Also, all of this is without Zach Smith, who is still sidelined due to injury. Beard said after Saturday’s game that, “The conference race doesn’t start until February.” Well, if that’s the case, the Red Raiders are off to a great start.

We know this isn’t Bill Self’s best team, so when the Jayhawks lose a game like Saturday against Oklahoma State, maybe we shouldn’t be a shocked as we tend to be (on top of the fact that OSU is better than we give them credit for). KU has now lost three games in Lawrence this season (and we still have a month to go), which hasn’t happened since the 1998-1999 season. But the Jayhawks now begin an easier stretch, if there is such a thing in the Big 12, with TCU at home before going to Baylor and Iowa State.

The Mountaineers snapped a three-game losing streak on Saturday, taking out all their frustrations against the Kansas State Wildcats, with an 89-51 victory. WVU got back to winning the turnover battle, rebounding margin and shot over 40% from three-point range, while holding the Wildcats to 30% from the floor. Oh yea, and let’s not forget 23-24 from the free throw line. The Mountaineers have still lost five of seven since being ranked No. 2 in the country, but there were enough signs on Saturday that they’re starting to turn things around. A Big Monday showdown with the Sooners will give us another glimpse into where this team stands.

The Longhorns are quietly playing some of the best basketball in the Big 12. With their upset of the Sooners on Saturday, Texas has now won three of four games and four of six, including two top 12 wins over Oklahoma and Texas Tech. The Longhorns’ defense has been a big reason for the turnaround, led by the man in the middle with a 7’9” wingspan in Mo Bamba. Since giving up 98 points against TCU (in a win), UT has yet to give up more than 74 points (OU on Saturday) in a game. They held Trae Young in relative check (7-22 FG, 2-14 3P, 19 points). Texas plays K-State and TCU this week, two teams they are jockeying for position with in the middle of the Big 12 standings.

Since their huge win over Kansas nearly two weeks ago, OU has slowed down a bit by losing two of three games. In both losses against Alabama and Texas, Trae Young has struggled. In those two losses, Young is a combined 13-39 with 36 points. OU has a ton of ability around Young, but the team still goes as Trae Young goes. The defense, which is allowing over 80 points per game, still has room for improvement. If this team is banking on Young dropping 30+ to win, there will be a rude awakening come March. But the pieces around the star freshman (James, Manek, McNeace, etc.) are there to ease the burden on him.

Well that was a tough week for the Wildcats, who followed up a four-game winning streak with two losses by a combined 59 points. Ugly! It never felt like Kansas State was really in the game against Kansas, with Bruce Weber admitting after the game he didn’t prepare one bit for a zone defense, and Saturday in Morgantown wasn’t even close. Kansas State was outrebounded by 14 and 12 boards, respectively, and continues to rank near the bottom of the country in rebounding numbers. It won’t get any easier this week with Texas and Texas Tech on the schedule.

The Cowboys snapped their three-game losing streak with a stunning win in Lawrence against the Jayhawks. Cameron McGriff continues to get more playing time and the results are impressive, including a 20-point, 9-rebound performance on Saturday for the sophomore. McGriff and Jeffrey Carroll were a nice combination against KU, combining for 35 of 84 points. Four of Oklahoma State’s last seven losses are by six points or less, and Saturday could have been a turning point for Mike Boynton’s guys.

Since going 12-0 in non-conference play, TCU hasn’t won two-straight games. This past week included a win over Oklahoma State and a home loss to Texas Tech in which the score (83-71) makes it look much closer than it actually was. Tech trailed at halftime 48-24 and have now alternated losses the past three weeks since Jaylen Fisher’s injury. TCU’s first six losses of the season were by an average of 3.2 points per game. Saturday was a different story. It doesn’t get much easier here for the Horned Frogs, who now go to play an angry Kansas team in Lawrence on Tuesday, followed by a home match up against a rapidly improving Texas team on Saturday.

After losing four-straight games, the Bears were able to turn things around with a win at home over the Iowa State Cyclones. Terry Maston dropped a career-high 23 points in a game that was decided with a 15-0 run early in the second half. Baylor hit the boards hard (43-35 edge) and won the points in the paint 52-28. Jo Lual-Acuil Jr. continued his double-double output with 10 points and 14 rebounds. The Bears still have a long ways to go to get themselves into any kind of NCAA Tournament discussion, but it’s now or never for this group to make a run, with games against Oklahoma State and Kansas coming up this week.

The Cyclones seem to either win big or lose big. Unfortunately, they’re losing big more than winning big. Iowa State’s last two wins have been over Texas Tech and West Virginia, both by 16 points. Unfortunately their last four losses have been by 23, 16, 23 and 14 points. But that’s the kind of season we have come to expect from an Iowa State team that is young and still working through some growing pains. However it’s one of those seasons that will pay off for this team come next season. But hey, if Iowa State wants to throw a wrench into the Big 12, they can this week as they play Texas Tech and Oklahoma.

The Wrap Up: Big 12 basketball Game 10 recap and analysis
How did Big 12 players perform in Super Bowl LII?
To Top