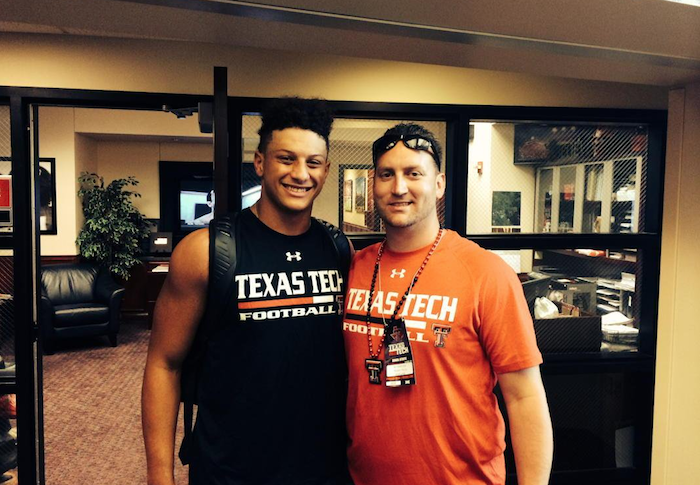 It was fun to talk with former Texas Tech Red Raiders quarterback B.J. Symons about his stellar 2003 season as a senior in Lubbock, his thoughts on Kliff Kingsbury, who he backed up for a couple seasons, along with where the program stands and how the culture of college football, specifically transferring, has changed since he played college football. Enjoy!

The theory of players transferring so quickly (Symons didn’t play until his senior year): “I never considered it seriously. I felt like I had a great opportunity at Texas Tech within that offense and i had made a commitment to that school and I didn’t want to play anywhere else, so I never considered leaving. Obviously i would’ve liked to have played a little bit more than I did. But KK was the QB at the time when I was backing him up. You see guys leave and it doesn’t work out. I guess I Could say I don’t necessarily agree with a guy that loses out on a battle and then just decides to jump ship somewhere else. You see guys jump to two, three schools and things just don’t work out that well. But then you see a guy like Baker Mayfield… it all depends on the player, the situation that they can be put in and how much they’re willing to compete.”

On Kliff Kingsbury relationship: “Kliff and I keep in touch. We don’t necessarily talk or see each other that often, you know maybe when he’s in town or I try to make it up to Lubbock for a game … but we keep up via text and keep tabs on how each other are doing in that regard… we try to keep in touch as best we can.”

On how to recruit to Lubbock + Kingbury’s returning for 2018: “I don’t think there’s an easy answer to that. You alluded to the fact that it’s a little bit difficult to recruit out there to the schools that we recruit against and the areas around. I personally think Lubbock Texas is a great town, a great college town, I enjoyed my four years there. It’s got everything you want as a student-athlete… we’ve seen a big turnaround last year on the defensive side of the ball, coach Gibbs has things going in the right direction. I think Kliff definitely deserved to stick around. I don’t think the grass is always greener. If you make a switch with Kliff at the head coaching job, who do you get? Is it necessarily going to be better? I think he’s done a good job so far with the card he’s been dealt.”