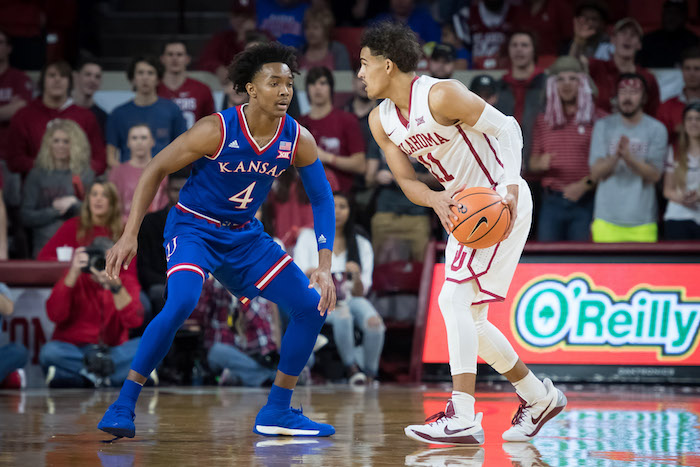 The semifinalists for the Naismith Award were named on Wednesday and it was the Big 12 conference with three finalists, the most of any conference in the country.

The Big 12 has three finalists, while the Big Ten and Big East had two each, and Pac-12, ACC and WCC had one a piece.

Trae Young is looking to become the third Oklahoma player ever, and third in the past decade, joining Blake Griffin (2009) and Buddy Hield (2016) and players to win the award. Graham hopes to become the third overall, and second-straight, Kansas player to win the Naismith, joining Frank Mason III last season and Danny Manning in 1988. Texas Tech has never had a player win the Naismith.

Regardless, if any of the three Big 12 players win, it would be the third-straight year a Big 12 player will have won the award. This would be the first time since 1999 that the award has been won three-straight years by players from the same conference. That run was the ACC when Tim Duncan (Wake Forest), Antwan Jamison (UNC) and Elton Brand (Duke) won the award in 1997, 1998 and 1999.

Is the Big 12 Headed for Disappointment in the NCAA Tournament?
The Wrap Up: Big 12 Basketball Game 17 Recap and Analysis
To Top