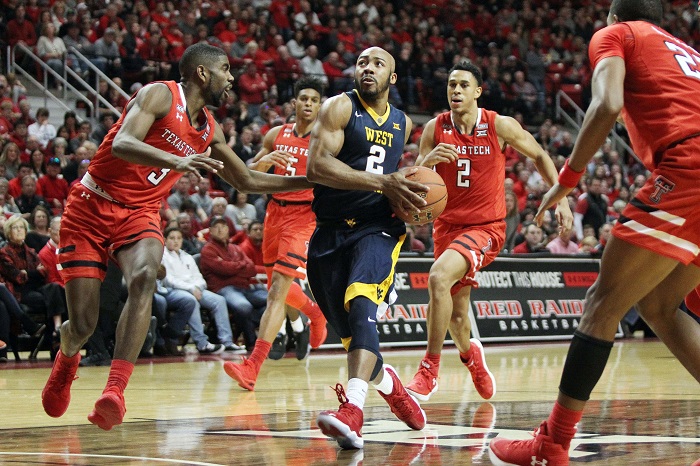 About Stephen F. Austin: The Lumberjacks are making their fifth NCAA Tournament appearance all-time, and their fourth in the last five years. They’ve proven to be a hard out, having dispatched of Virginia Commonwealth (2014) and West Virginia (2016). In some ways, they resemble Texas Tech in that they play quality half court man-to-man defense and have a deep bench. SFA’s leading scorer this season is actually its sixth man, Shannon Bogues, who pours in 15.4 points per game off the bench. SFA has more height in its starting lineup than it is used to and can bring in 7-footer Jovan Grujic off the bench. The Lumberjacks are not intimidated by Power 5 teams, either. SFA beat LSU in Baton Rouge and pushed Mississippi State in a five-point loss and Missouri in a one-point loss that prompted Mizzou coach Cuonzo Martin to go into SFA’s locker room and talk to the team.

About Texas Tech: The Red Raiders are making their 20th NCAA Tournament appearance, but their first since 2016. Beard is making his second NCAA Tournament appearance as a head coach, having led Arkansas-Little Rock in 2016 where the Trojans upset Purdue. Tech ended the regular season No. 14 in the final Associated Press Top 25. Tech has been one of the nation’s top defensive teams all season and allows 64.7 points per game. Tech’s man-to-man defense in the half court is among the best in the nation. The Red Raiders know what life is like without Evans, thanks to the toe injury he suffered against Baylor. But he seems to have recovered nicely, scoring double-digits in his last three games. That’s key for the Red Raiders, who with Evans are one of the deepest teams in the field, capable of being effective with any of their Top 10 players. Zhaire and Culver have been terrific as true freshmen, and Zhaire is a highlight reel waiting to happen.

Prediction: Full disclosure — I’m a 1994 graduate of Stephen F. Austin and I’ll be at the game on Thursday night wearing purple. This SFA team might be more balanced than the one that beat West Virginia two years ago and if Bogues catches fire, he’s almost impossible to stop (I saw him hang 35 points on Northwestern State). That said, I predict that Texas Tech will win this game. I’m assuming that Evans, with a week of rest between the end of the Big 12 Tournament and the NCAA Tournament, will be his effective self. I don’t think SFA has a player that can outjump Smith and I think Tech’s defense will be effective against SFA’s pick-and-roll action. This will be a close game and tight down the stretch, but I see Evans eager to put the Red Raiders on his back and their overall depth winning out. For what it’s worth, Tech holds an 8-5 series lead on SFA and hasn’t lost to the Lumberjacks since 1998.

Next up: The winner faces either Florida or St. Bonaventure on Saturday in Dallas.

How they got here: Murray State won the Ohio Valley Conference Tournament to claim the league’s automatic berth. West Virginia was an at-large selection for the NCAA Tournament, as it reached the Big 12 Tournament championship game before losing to Kansas. The Mountaineers were ranked No. 15 in the most recent Associated Press Top 25.

About Murray State: The Racers are one of the most experienced programs in the Ohio Valley Conference, in terms of postseason play. The Racers are making their 16th NCAA Tournament appearance, but it’s first since the 2012 season (the Racers won their NCAA opener that year against Colorado State). They boast several players who received All-OVC honors, beginning with Stark, who was the OVC Player of the Year. Miller and Morant were All-OVC First-Team selections, with Morant also earning an OVC Newcomer of the Year nod. Byron Hawkins is Murray State’s top player off the bench, as he’s averaging 7.1 ppg. The Racers are on a 13-game winning streak entering the NCAA Tournament.

About West Virginia: After finishing second in the Big 12 conference standings, the Mountaineers are making their 29th NCAA Tournament appearance and their ninth NCAA appearance in the last 11 years. WVU has also reached the Sweet 16 in seven of their last 11 NCAA appearances. Huggins is also one of the tournament’s most experienced coaches as he makes his 24th NCAA Tournament appearance. Carter and Miles comprise one of the most experienced backcourts in the country. Carter is one of the most complete guards in the nation and is probably its best on-ball defender. Miles, after some up-and-down production in the regular season, has seen his play take an upturn in the past month. Konate has grown in leaps during the regular season and has become one of the nation’s best at-the-rim defenders. Ahmad missed half the season but gives the Mountaineers a solid fourth option. Harris, James Bolden, Lamont West and Teddy Allen all play solid roles as secondary offensive options.

Prediction: I’m not a fan of West Virginia having to go all the way across the country for the first weekend. Murray State presents problems on offense, led by Stark, who should be one of the most dynamic players the Mountaineers face this season. But the Racers haven’t faced a defense like “Press Virginia” and have losses to Middle Tennessee and Auburn on their resume (the Tigers are the only Power 5 team Murray State has faced this season). The Mountaineers will be a step up in competition for the Racers and after losing the Big 12 title game, the Mountaineers are a team on a mission to give Carter and Miles one last shot at more than just a trip to the Sweet 16. WVU will get over the jet lag and win their NCAA opener.

Next up: The winner faces either Wichita State or Marshall in the second round.