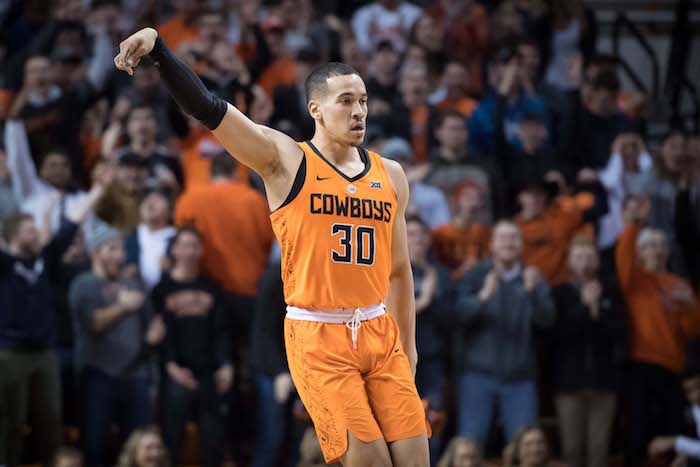 How they got here: Both Western Kentucky and Oklahoma State were selected as at-large teams for the NIT.

About Western Kentucky: The Hilltoppers have an 11-14 record in the NIT, dating back to 1942. WKU reached New York City three times (1942, 1948 and 1954), finishing as the runner up in 1942. Monday’s victory over USC gave WKU multiple wins in the NIT for the first time since 1948, and consecutive wins for the first time since 1942. Additionally, the win over USC was the Hilltoppers’ first true road win in their NIT history. WKU has never been to the third round of the NIT in the tournament’s current format. If you’re going to slow down WKU you have to start with Johnson. The 6-foot-7 senior forward leads the Hilltoppers in scoring, rebounding and 3-point percentage, which means the player guarding him has to respect his game well outside the paint. He ended up with 23 points and 6 rebounds against USC. Along with Coleby, the Hilltoppers are hard to keep off the glass. In fact, WKU’s entire starting lineup averages double figures in scoring. They’re a sound group, with Bearden only missing four starts and Coleby missing just one. So, the Hilltoppers have good chemistry on both ends and you can expect those five starters to play a lot. Jake Ohmer and Josh Anderson are the primary players off the bench. Anderson had 10 points in 14 minutes against USC. Stansbury is a veteran coach with a wealth of postseason experience to draw upon from his time at Mississippi State. The Hilltoppers have played Villanova, Wisconsin and USC on the road or at neutral sites this year. Big environments aren’t going to scare them.

About Oklahoma State: The Cowboys have stepped up their defense considerably in the NIT. After forcing FGCU to turn the ball over 18 times in their NIT opener, the Cowboys forced Stanford into 19 turnovers — and scored 23 points off those turnovers — to aid their second-round win over the Cardinal. If the Cowboys keep playing defense like that, they may have an opportunity to go to New York City next week. Due to Western Kentucky’s win over USC, the Cowboys get one additional home game in the quarterfinals, and with the quick turnaround between Round 2 and Round 3 (just 48 hours), that could be a considerable advantage. Additionally, Solomon injured his left ankle in the waning seconds of the win over Stanford (he could be seen icing down the ankle as time expired) and it’s unclear what his status is for Wednesday. Carroll has played out of his mind the last two games, scoring 18 points and grabbing 8 rebounds against FGCU and then 26 points and 7 rebounds against Stanford. That included a scorching 5-for-7 clip from the 3-point line. Smith hit a trio of 3-pointers on his way to 19 points, while Solomon had 10 points and 6 rebounds. The seniors have been the catalyst for this NIT run, but if Solomon is unable to play that likely slides Yankuba Sima into the starting lineup and pushes more playing time toward Tavarius Shine and Brandon Averette. OSU is, for the second time this postseason, offering OSU students free admission to their NIT home game.

Prediction: I haven’t seen WKU play this year, but the fact that all five of their starters average double figures means two things. First, they’re an above-average offensive team with good chemistry and, second, their bench players are mainly there to give the starters a break. The Hilltoppers have played 36 games, had an early-morning flight out of Los Angeles on Tuesday to Stillwater and then have to get their legs under them for Wednesday’s game. Objectively, that’s unfair. But that’s the way it is. OSU would have faced the same logistics had USC won. But OSU’s high seed helps it here. I’m betting that Solomon will play on Wednesday, though I would imagine he’ll be limited. But the Cowboys just need enough interior defense from him to slow down Johnson and Coleby. From there it’s all about what the other two seniors can do — Carroll and Smith. Both will get serious attention from WKU on defense. Big games from either — and some nice chip-in scoring from either Lindy Waters III or Tavarius Shine — probably means this Cowboys team is going to New York City.

Next up: The winner advances to the NIT Final Four in New York City.