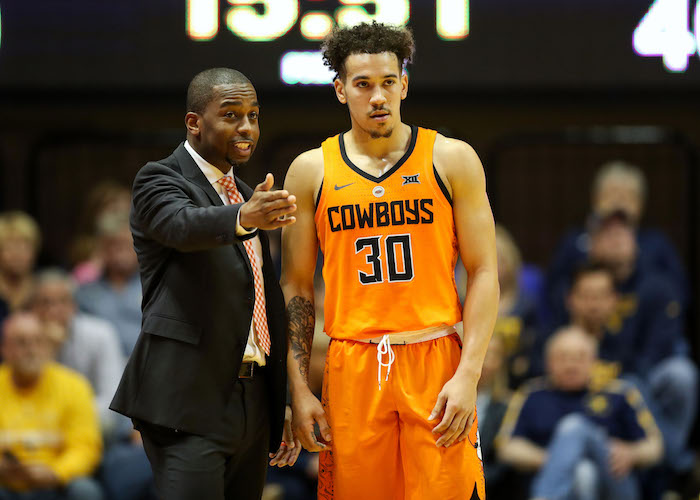 It ended with Western Kentucky (27-10) winning, 92-84, in the NIT quarterfinals, doing a job on OSU leading scorer Jeffrey Carroll, who scored just 9 points on 2-of-10 shooting.

Despite a late arrival in Stillwater on Tuesday night, the Hilltoppers were the team that played with higher energy and efficiency, shooting 52.5 percent from the floor and handling OSU’s pressure defensively, giving up 10 turnovers. The Cowboys (21-15) had forced nearly 20 turnovers from both FGCU and Stanford in their first two NIT games.

The Hilltoppers also managed to avoid losing any of their starters to foul trouble, despite the fact that two of them had two fouls by the end of the first quarter.

WKU took a 22-15 lead after the first quarter and never trailed. The Cowboys managed to whittle down the lead to a single possession multiple times, but never could quite get over the hump and take the lead.

Their last opportunities came in the fourth quarter courtesy of their seniors, including Kendall Smith, who led the Cowboys with 19 points in his final game with the program.

Down 71-64 with 7:05 left, Smith scored a layup off a low post feed from Mitchell Solomon, followed by a made free throw about 30 seconds later after drawing a foul on an attempted put-back. Then, with 5:55 left Carroll set off Gallagher-Iba Arena with a 3-pointer from the baseline to cut WKU’s lead to one, 71-70.

But that was as close as OSU would get, and a late double foul call on Tavarius Shine helped give the Hilltoppers the opportunity. Darius Thompson drained a 3-pointer from the wing on the next possession to give the Hilltoppers a four-point lead. On the next possession, Shine lost the ball out of bounds, but Bearden knocked it loose, so the Cowboys retained possession. On the sideline, based on the replay, Shine head-butted Bearden, and Bearden’s head moved backward. There appeared to be words exchanged by both players before Shine pushed Bearden away from him.

Both players received technical fouls for the play. Game officials reviewed the play on the monitors and also called a dead ball contact foul on OSU’s Brandon Averette, who was on the bench at the time and not involved in the play. After Bearden made one of two free throws for the foul to push WKU’s lead back to five points, officials corrected the play and assessed the dead ball contact foul on Shine, which, combined with his technical foul, gave him his fourth and fifth personal fouls of the game, which fouled him out.

OSU got the lead back to one possession one other time, after two free throws by Lindy Waters III made it 80-77 with 2:09 left. But WKU made two free throws on three consecutive trips to the line to finish off the Cowboys.

OSU shot just 38.9 percent from the field, as Western Kentucky employed a 2-3 zone at times to try and slow down OSU’s inside game. It didn’t matter, as the Hilltoppers’ interior game actually became the dominant force in the contest.

All five of WKU’s starters hit double figures, led by Taveion Hollingsworth, who had a huge night with 30 points (9-of-17 shooting with four 3-pointers). Bearden had 19, Dwight Coleby had 16, Thompson had 11 points and Justin Johnson had 10 points.

OSU’s three starting seniors played their final game at GIA. Along with Carroll, Smith hit 3-pointers to go with his 19 points. Solomon had 8 points and 9 rebounds two nights after rolling his ankle in the game with Stanford.

Tavarius Shine added 13 points and Brandon Averette added 12 points off the bench, but both scored most of those points in the first half.