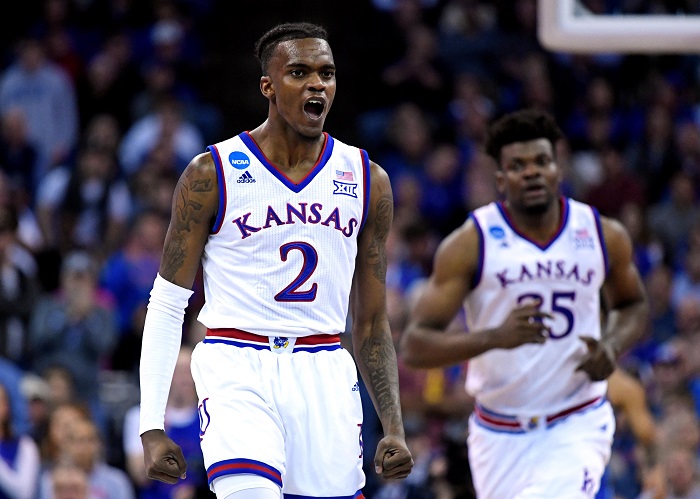 As we get ready for the Final Four on Saturday with Kansas vs. Villanova, the Heartland College Sports basketball staff gives you each of their individual thoughts with a prediction as well. Let us know your thoughts in the comments!

Cameron Brock: There is one reason why Kansas is in the Final Four this year: Bill Self. The man has proven he didn’t win the first 13 Big 12 Championships with just a bunch of talented recruits. This man can coach. This is probably his least talented Kansas team during his tenure, yet they made it to the Final Four.

Villanova, on the other hand, is the best team in the nation, hands down. And the worst possible thing that could happen for Kansas is to have those players adjust to the physicality of Big 12 Conference basketball. The NCAA Tournament has become a miniature Big 12 Conference schedule for the Wildcats. Villanova took down West Virginia 90-78 in what Jay Wright considered “the most physical, physically demanding, mentally demanding 40 minutes we’ve played in a long time”. Then they beat a Texas Tech team that is just as physical as West Virginia, and perhaps better than Kansas. The Red Raiders embarrassed the Jayhawks at Phog Allen Fieldhouse, and if it weren’t for injuries probably end the Jayhawks Big 12 Championship streak this season. Kansas ended up prevailing, and that’s why they’ll end up paying here. Villanova uses the aggressive nature they’ve had to from the past two rounds, combines it with their top notch talent, and proves why they are the best in college hoops today. Villanova 88, Kansas 70.

Matthew Postins: I’ve done a couple of radio hits talking about this game and Villanova has only been beaten two ways — either by way of overwhelming offense (Butler had to score 101 points to beat the Wildcats this season) or by way of holding the Wildcat offense to 75 or fewer points (St. John’s and Providence both managed to do it). The problem is that Villanova ended the regular season with the nation’s No. 1 scoring offense (86.6 ppg), so slowing the Wildcats down is difficult. In fact, six Wildcats average double figures. Defensively, Kansas and Villanova are middle-of-the-road in terms of scoring defense this season, so the Jayhawks’ best tactic to win is to fill the basket (the Jayhawks averaged 81.4 ppg this season, No. 27 in the nation) and do what they can on defense to slow Villanova down. Kansas needs big games from Udoka Azubuike (especially on the defensive end), Malik Newman (who has played his best basketball in March) and Silvio De Sousa (who has provided quality work off the bench of late), along with Devonte’ Graham. Kansas can play at a level offensively to match Villanova. But I’m not sure they can play at the defensive level necessPary to slow the Wildcats down. Expect a high-scoring game with the Wildcats coming away with the win. Villanova 88, Kansas 83

Pete Mundo: For full disclosure, I’m a Villanova graduate. But as a result, I think I have a very good feel for this game, as I’ve watched more of Nova and KU than any two teams in the country. Kansas has a few problems here. They don’t have the depth to keep up with Villanova’s plethora of three-point shooters and interchangeable guards. Omari Spellman, Nova’s 6’10” center, can step out and shoot the three ball, which could force Azubuike outside and open up lanes for other Villanova slashers. Kansas is actually better than Villanova, by a mere .3%, at shooting the three, but the Jayhawks don’t rely on it like Villanova does. But even when the Wildcats struggled from three, like Sunday against Texas Tech, going 4/24, they were able to pull off a win against a grittier and tougher defensive team than Kansas. In many ways, Tech was a tougher match up for Villanova, and on just two days rest Nova still won by double digits. Expect the Wildcats to take care of business on Saturday night in San Antonio. Villanova 86, Kansas 74