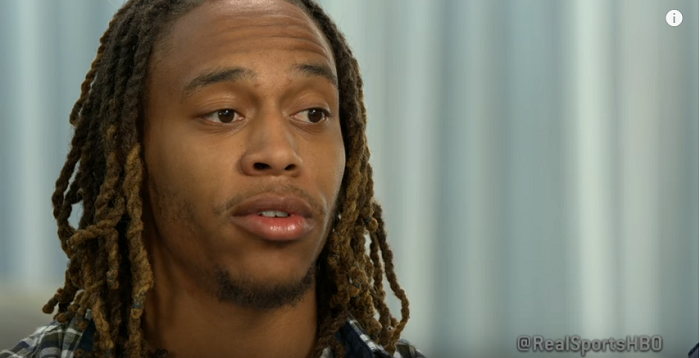 Some surprising news broke in early February when it was reported that former TCU wide receiver Kolby Listenbee was suing the university for $1 million in damages. Now, the wide receiver is taking his story to HBO’s “Real Sports.”

The report says that the former wide receiver alleges a “pattern of abuse and harassment” and refers to the staff’s treatment of a groin injury suffered during his senior season against SMU in 2015. He missed the next two games against Texas Tech and Texas, and didn’t play much against Kansas State.

In a statement, TCU defended its medical team and coaches against the allegations.

“As a practice, Texas Christian University does not comment on the specifics of pending litigation. However, TCU takes tremendous pride in its long-standing tradition of excellence in providing a positive experience for its student-athletes, especially in the areas of care, prevention and rehabilitation of athletic injuries.”

Listenbee is expected to be one of several former players interviewed to tell HBO his story as part of an investigation into coaching abuses. In the preview video he alleges Patterson forced him to play through injury or fear the head coach telling potential NFL teams that he was a “soft” player.

The episode will air on Tuesday April 24 at 9 P.M. Central. Below is a preview.