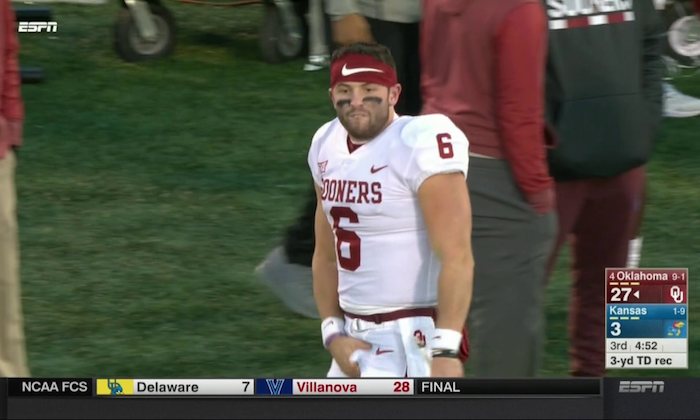 The Cleveland Browns held the No. 1 pick in the NFL Draft and selected Oklahoma quarterback Baker Mayfield. The Heisman winner was projected to be a top 10 pick, but in recent days, rumors started swirling that Mayfield had a chance to go number one.

Mayfield started his career at Texas Tech before transferring to Oklahoma, which sandwiched a year he had to sit out. The QB walked on at both programs.