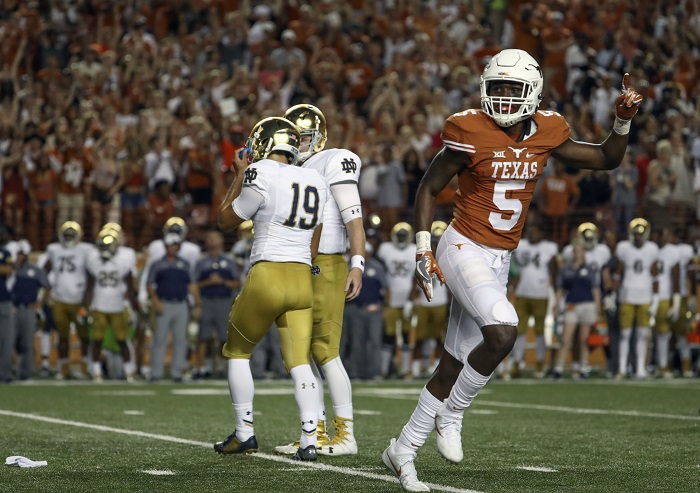 While many thought Holton Hill left Texas one year early, not many thought he would go undrafted. Well that’s what happened last week. But as it turns out, according to a report from Bleacher Report’s Matt Miller, Hill was one of three players who failed their combine drug tests.

247Sports’ Chip Brown reported Hill’s sample was “diluted” because he was sick and needed to drink a lot of fluids. But that’s not an excuse to the NFL, which counts any diluted sample as a positive test. Hill was suspended last season for unspecified reasons, and who knows what the NFL knows about his background from his time at Texas that is not public knowledge.

Hill wound up signing an undrafted free agent contract with the Minnesota Vikings, which already has one of the best defenses in the NFL.

Holton Hill’s talent has never been questioned, but his maturity has been. He played in nine games last season due to his suspension in early November, finishing the season with 51 tackles and two interceptions. Also, he was 8th in the Big 12 with eight passes defended.