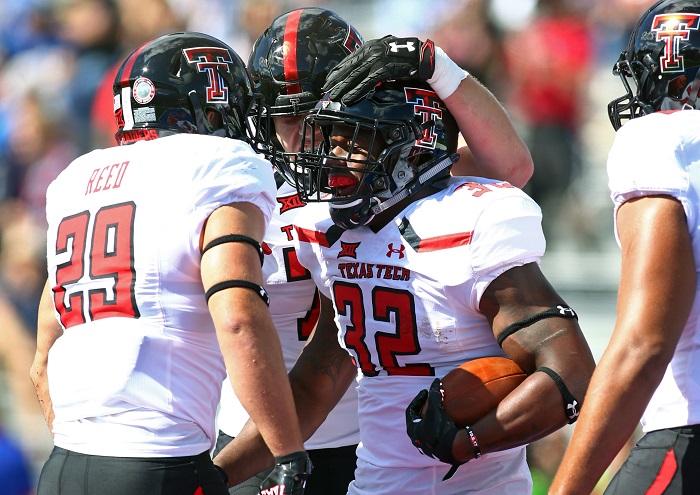 Just when you thought it couldn’t get any worse for the Texas Tech backfield, it did. Desmond Nisby announced on Wednesday he would be transferring from the program.

I would like to thank Coach Foster, Coach Juluke, and Coach Kingsbury and everyone involved in the Texas Tech athletic program for giving me an opportunity. After weighing all my options, I would like to announce that I will be transferring from Texas Tech for my senior season pic.twitter.com/av6O0Ox2x4

Nisby was the team’s third-leading rusher last season with 61 carries for 274 yards, and he led the team with seven rushing touchdowns. With Justin Stockton off to graduation and the NFL, the Red Raiders also lost out on Cal RB transfer Tre Watson, plus Demarcus Felton announced just days ago he would also be transferring from the program.

That leaves Tre King as the only major contributor back from last season. After King, who had 121 carries, the next top returner is Mason Reed, who had a grand total of 7 carries in 2017. But, we should not forget that Da’Leon Ward is back in the fold. He led the team in rushing as a freshman in 2016, but missed last season.

It’s now awfully thin for the Red Raiders at running back and expect contributions to be expected from true freshman Ta’zhawn Henry.