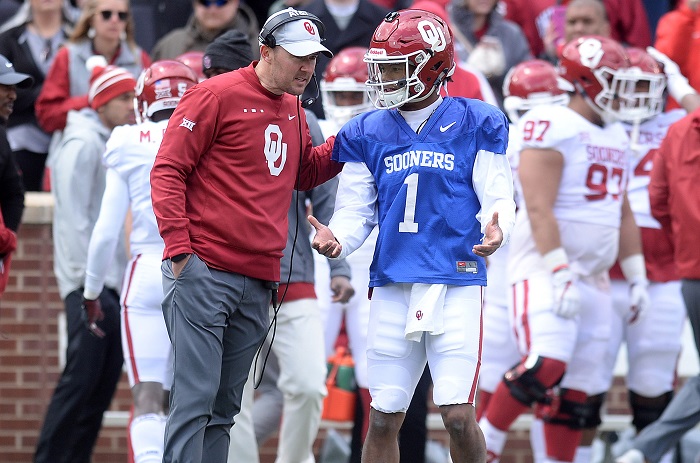 Murray was not expected to go this high, but the A’s might be looking for a win-win situation here. If they have Murray, they know they will have one of the closest things to a Bo Jackson/Deion Sanders as it gets during a time when franchises prefer athletes to specialize in their particular sport. If Murray chooses not to sign, Oakland will receive an extra first round pick next season. If Murray does sign, they get a unique athlete. Several Oklahoma media members have confirmed that Murray will play quarterback for the Oklahoma football team this upcoming season. This is a major risk, but clearly Oakland wanted a player who was ranked 36th according to MLB.com. For the baseball team, Skip Johnson already knew he was going to need a replacement player. There’s not much surprise in regards to Oklahoma baseball.

I saw Walker play in the UIL Class 5A State Tournament in 2015 when I was covering the Tomball Cougars. He played against the Cougars for the Prosper Eagles. Steele Walker was a one-man wrecking show for Prosper. You could easily see he was a future Major Leaguer during that tournament. He’s a power hitter with speed and has been a huge player for Oklahoma, particularly with his bat. He leads the team with 13 home runs this year, and finished with a .296 average. After struggling in Feburary, Walker started getting hits game-after-game. As his bat heated up, so did Oklahoma. Walker will likely sign, and Skip Johnson should’ve prepared for this. In fact, Walker was drafted late. According to MLB.com, he was No.30 and should’ve been a first rounder.

When you are a second round pick out of West Virginia University, you sign. When you missed the previous season with Tommy John surgery, you signed before you were ever drafted. Grove has experienced the pain of being benched due to surgery. He’s seen the dollars potentially go away. If the Dodgers have this much faith in Grove, imagine where a healthy Michael Grove would have been drafted this season. West Virginia would be in a regional this past weekend, and may have been a contender for a hosting bid. Randy Mazey will be better prepared without Michael Grove next year.

Competitive Balance Round B

This is one of those rare times where a sophomore that went the NCAA route is eligible for the MLB First-Year Player Draft. Little was a man amongst boys in the Big 12 Conference. He averaged .380, blasting 12 homers and 22 doubles. The Midland Christian product also stole nine bases, so he’s got some speed. Add in 70 RBIs and 62 runs, and this guy is one of the most explosive offensive players in the nation. The only teammate better than him in hitting is Josh Jung, and Jung is a future Top 10 overall pick. It’s likely Little will sign. He is a sophomore, so he may feel there is unfinished business at the college ranks. If he stays healthy, his signing bonus may become bigger as he likely gets drafted higher next season. Negotiations will likely wait until after Tech’s season is over. The longer negotiations drag out, the more likely Little returns to Tech. He is certainly the least likely out of the first day Big 12 picks to sign.

Baker has the potential of a first-round pick. However, his college career has been hampered by injuries. Each of the last two seasons, Baker has seen his season end early due to a freak accident. In 2017, a bad throw led Baker into the baseline to make a catch. An Oklahoma player ran through his arm, breaking it. If you’ve never seen the video, I don’t advise watching. It’s gruesome. In 2018, he broke his leg sliding into the second base against UT Arlington. As a healthy freshman, he was a consensus All-American and the 2016 Big 12 Tournament MVP. If he stays healthy in 2017, TCU likely wins the National Championship. If Baker remains healthy during his professional career, he is a future Hall of Famer. He will likely be a designated hitter in the coming years. The Cardinals got a steal, and Baker is as good as gone from TCU.