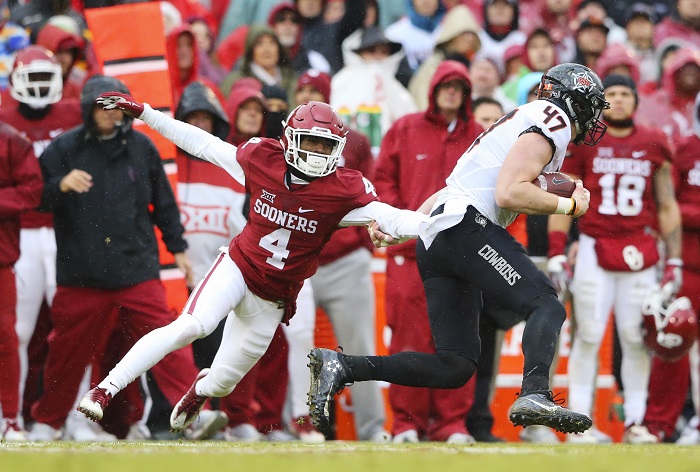 Parrish Cobb was once a highly-touted recruit brought to Norman to help the Oklahoma Sooners secondary. Now, he’s headed for prison. Cobb received 18 years in prison on Monday, according to the Waco Tribune-Herald.

Cobb pleaded guilty to aggravated robbery after holding up a Baylor student at gunpoint. The former cornerback did have two other armed robbery charges dismissed.

Cobb was arrested in January 2017 in the three robberies and his co-conspirator Ayorinde Jelani Gibson also received an 18-year prison sentence.

The Waco, Texas native was considered one of the top 50 cornerbacks in America in the Class of 2016. He had actually enrolled at Baylor, but was granted his released after Briles was fired in May of that year. He then enrolled at Oklahoma, where he played in only four games, with two starts, in an injury-riddled freshman year.

Parrish Cobb will need to serve nine years before he is eligible for parole.