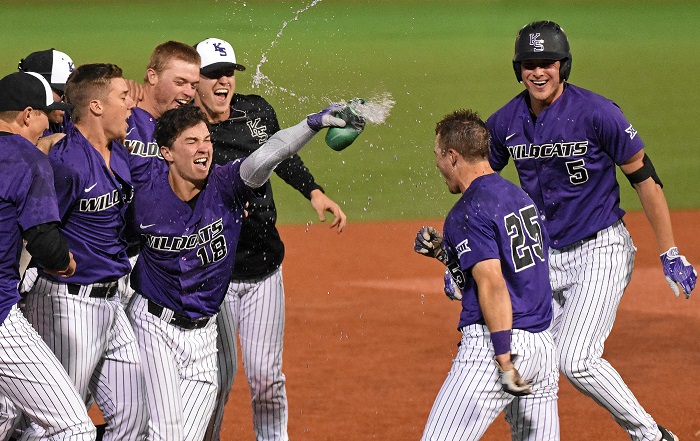 BREAKING: Sources tell me @KStateBSB will announce former #VT and #Oklahoma skipper Pete Hughes as its new head coach. Hughes was a key piece to @BaseballUGA’s run this past season. #KState #Big12

After four seasons with the Sooners, Hughes spent the last season as a volunteer assistant for Georgia. During his time with OU, he went 127-105-1, but went just 44-51 in Big 12 play. His best finish was second place in 2017 when OU finished 12-11 in Big 12 play and made the Louisville Regional.

Kansas State hasn’t made the NCAA Tournament since 2013. It was Hill’s best year when the Wildcats won a Big 12 regular season title and the first Super Regional berth in program history. But since then, the Wildcats had losing seasons in four of the five seasons and finished in last place in the Big 12 this season.

Hughes previously was the head coach at Trinity (TX), Boston College and Virginia Tech. He has a career record of 650-491-1.