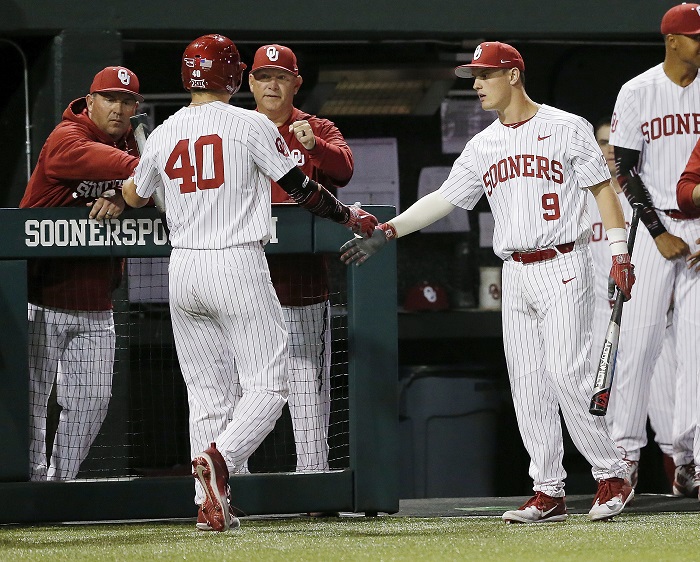 The Olathe Northwest High School product signed with the Houston Astros Wednesday with one year of NCAA eligibility remaining. Being an eighth-round draft pick, Hansen will likely start with the Tri-City ValleyCats of the New York-Penn League. The ValleyCats are the Short Season-A affiliate of the Houston Astros.

Hansen, a 6-foot, 195 pound right hand pitcher, spent three years with the Sooners. He made eight starts as a sophomore, finishing 3-1 with a 3.86 ERA. In 2018, he was placed back in the bullpen and was a key contributor to the Sooners making a regional. This season saw Hansen rack up eight saves in 32 appearances. He tossed 37.2 innings allowing 10 earned runs, 15 walks, and 27 hits. Opponents struck out 57 times this season and compiled a .199 batting average against Hansen.

Mike Elias, assistant general manager of the Astros, told the Houston Chronicle’s Chandler Rome that Hansen is seen as a solid future addition to Houston’s bullpen.

“We really admired the way that he has been the lynchpin for that Oklahoma bullpen,” Elias said. “He’s been their most reliable reliever, he’s their fireman. Any time they need outs, that’s the guy they go to. He’s got very solid weapons, the performance is there, the track record is there.”

Hansen was one of five Sooners drafted within the first 10 rounds of the MLB First-Year Player Draft. His career started under Pete Hughes, who was just hired as the head coach of Kansas State, and finished under current Sooners head coach Skip Johnson.