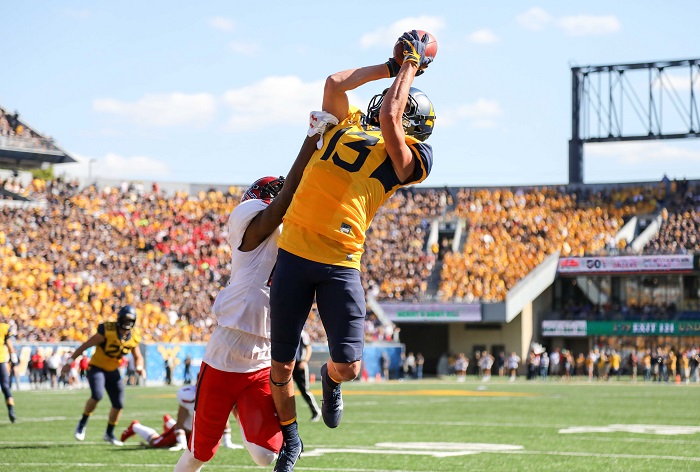 Each fall brings a new crop of players in college football. There are the popular returning names and stars that we know, but there are up and comers, transfers, and others who don’t have that name recognition of others. So as we get closer to Big 12 media days and the college football season, Pete Mundo and Derek Duke have put together a list of the top 25 players in the Big 12 Conference for the 2018 season. Sure this will likely not be the list by season’s end, but as of right now, this is what we predict to be the case heading into the season.

Dineen may be one the most underrated player in the Big 12 Conference. He led all players in tackles last season and by a wide margin with 137 total, 27 more than anyone else in the Big 12. He also had 25 tackles for loss, which was 7.5 tackles more than anyone else in the conference. There’s little reason to believe Dineen can’t be just as effective as he was last season. The biggest question is whether or not his superior play can help KU pick up a couple more wins?

Brewer received an incredible opportunity to be thrown into the fire as a true freshman last season. In a one-win campaign, it’s the kind of experience that can be a great learning opportunity for a young player. He ended up playing in eight games, completing over 68% of his passes with 11 touchdowns to four interceptions. Brewer has an enormous amount of talent around him heading into the 2018 season and we could very well see brewer launch himself into being one of the best quarterbacks in the conference.

Risner returns after landing on the First-Team All-Big 12 team last season, which was his second-straight year making the list. The tackle is going to be an absolute menace for whoever he has to face at defensive end all season. Risner only allowed three quarterback pressures last season, which was the fewest among 2018 draft-eligible tackles. Also, Risner graded out at a 90.3 mark during the regular season according to Pro Football Focus, including a 98.9 mark on pass blocking efficiency to tie for the fourth highest among FBS tackles. Whether it’s Skylar Thompson or Alex Delton at quarterback, both will enjoy seeing Risner in front of them for every play. Oh, and he’s a swell guy, being named the Big 12 Sportsman of the Year.

David Sills did not lead the Mountaineers in receiving yards, but when it mattered most, he was Will Grier’s go-to guy. He finished third in the Big 12 in scoring, behind two kickers in OSU’s Matt Ammendola and OU’s Austin Seibert. He was also 8th in the Big 12 in receiving yards per game. But his efficiency with 18 touchdown catches makes him the safety net for the best quarterback in the conference in Will Grier. Needless to say, it seems like leaving his quarterback career behind him at El Camino College was a wise decision for Sills.

Talk about bursting onto the scene. That’s exactly what Banogu did in 2017 when he actually had a decision to make as to whether or not he should go to the NFL Draft or return to Fort Worth. He wisely chose to return to hone his craft. Banogu finished third in the Big 12 with 16.5 tackles for loss and was second with 8.5 sacks. Banogu will no longer sneak up on offensive lines, and with teammates like Mat Boesen graduated, Banogu becomes the focus of the opponent. But as the Big 12 Defensive Newcomer of the Year continues to get more efficient and hit the weight room for another season, I see no reason to believe he won’t be just as feared as he became by the end of last season.