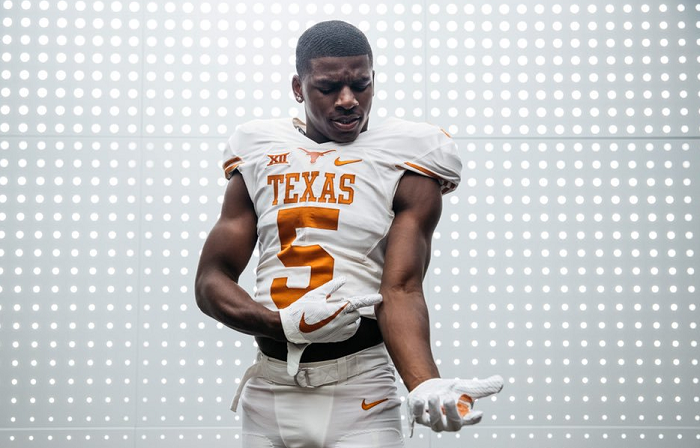 The Longhorns may have just had the best group of secondary recruits in the history of a single recruiting class, but that hasn’t slowed them down for the Class of 2019. Four-star safety Chris Admimora from California has committed to the Longhorns over schools like Alabama, USC, Oregon, Boise State, Michigan and others.

A place like no other 🤘🏾Hook Em’ #Committed pic.twitter.com/RtcWBjx1qe

In fact, Boise State was the only other school to host Adimora on an official visit.

The Longhorns loaded up on the safety position in the Class of 2018, becoming the first team to ever get three of the top six safeties in a single class with Caden Sterns, B.J. Foster and DeMarvion Overshown all joining UT.

According to 247Sports, Adimora is considered the 14th-best safety in the country and has come on strong as of late, jumping 100 spots in the national rankings from just outside the top 300 to No. 200. In just junior season, Adimora had 71 tackles and seven interceptions.

The Longhorns now have a total of 11 commitments for the Class of 2019 and have moved up to 16th in the 247Sports Rankings, which is second in the Big 12 behind the Oklahoma Sooners, who are in the top 5.