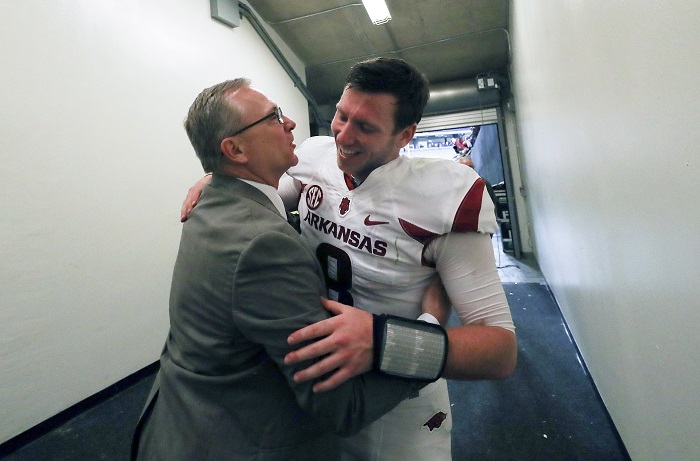 The Kansas Jayhawks have found their next athletic director and he’s former Arkansas athletic director Jeff Long. Long signed a five-year contract worth $1.5 million per year, with Kansas Athletics Inc. paying $1.3 million of the total and the university paying the remaining $200,000.

Long walks into a program with a fantastic basketball program under Bill Self that needs no tweaking, but will be in charge of possibly the most difficult football-related job in the country: turning around the Jayhawks.

Long replaces Sheahon Zenger who was fired in May after serving in the position for seven years. But Zenger was unable to find the right football coach for the Jayhawks, going through Turner Gill, Charlie Weis and David Beaty as coach, the latter two of which he hired. Kansas is 8-55 on the football field since 2012.

Long was the AD at Arkansas from 2008 until last year when he was fired amidst a football program that was struggling under Bret Bielema, who was also eventually fired by the university. Long did make the great hire of Bobby Petrino, but had to fire him in 2012 after his motorcycle accident led to his affair being exposed.

Long also became a national name as the College Football Playoff committee chairman in 2014 and 2015.