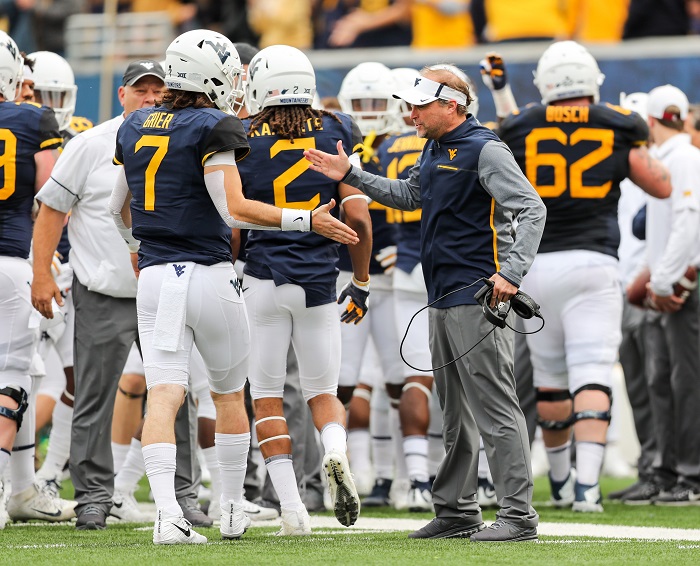 As the Mountaineers get ready for a season featuring arguably the best quarterback in America, naturally, WVU fans are excited about not just competing for a Big 12 Championship, but also potentially having a Heisman Trophy winner.

Will Grier returns from a nasty finger injury suffered against Texas last season, and God willing, offensive coordinator Jake Spavital won’t be calling that running play to the corner of the end zone for his quarterback anytime soon. Regardless, there is an enormous amount of reason for optimism in Morgantown. WVU won 10 games two seasons ago with Skyler Howard at QB. Tony Gibson had that defense humming, but if that team can win 10 games, this team, with a defense that just needs to hold its own, can absolutely find itself playing in Arlington in early December.

But when it comes to Grier’s Heisman potential, which according to the folks in Vegas currently stands at around 20/1 odds, something I’ve heard from a lot of WVU fans is that the Heisman Trophy is something that can really put the program on the map and launch it into the upper echelon of the college football world.

To that I say, in the words of Lee Corso, “not so fast, my friend!”

When you look at the latest batch of Heisman winners, many came from programs that did not see a drastic bump in recruiting or wins, despite having a Heisman Trophy in the coffers. Sure there are the Baker Mayfield’s, Derrick Henry’s and Jameis Winston’s of the world, all who won Heismans at blue blood programs. But then there are winners like Lamar Jackson, Marcus Mariota, Johnny Manziel and Robert Griffin III.

Let’s start with Louisville, who is coming off a Class of 2018 ranked 29th in the country. It’s a step up from where the program was the year prior (34th), but expectations are that Bobby Petrino has a bit of a rebuild on his hands this fall. In College Station, the Aggies never returned to their glory from the 2012 season, going 8-5 year after year before Kevin Sumlin was fired in 2017 and replaced by Jimbo Fisher. The recruiting was always up to snuff, but it never resulted in the program becoming part of the class of the SEC.

After Marcus Mariota won the Heisman in 2014 as part of a 13-2 season, the Oregon Ducks went 9-4, 4-8 and then 7-6 last season under new head coach Willie Taggart, who has since left for Florida State to replace the aforementioned Fisher. Kind of weird, right? Then there was Baylor, which is a whole different situation under former head coach Art Briles, who had success after RG3 won the Heisman, but was never recruiting top 15-20 classes, before the program came crumbling down.

So while Will Grier should be in the Heisman mix for a large part of the season, and he may well end up winning the darn thing, it’s premature to say a Heisman Trophy leads a program to a new stratosphere of success and national relevancy. It doesn’t and it hasn’t in recent years, unless that Heisman winner comes from a blue blood.

Ultimately, the pressure lies with Dana Holgorsen and the rest of the the coaching staff to try and turn a Heisman contender or winner into a marketable opportunity for the football program. That will be what ultimately makes the difference between whether WVU, which has a tough enough time recruiting based on its geographical location and lack of in-state talent, can capitalize off a potentially exciting season for its individuals and the team or end up as simply a fun talking point for a few weeks that ends up being a distant memory as the calendar turns to 2019.

Big 12 Football’s Most Underrated Player on Every Team
The Bigger Big 12 Sleeper in 2018: Iowa State or West Virginia?
To Top