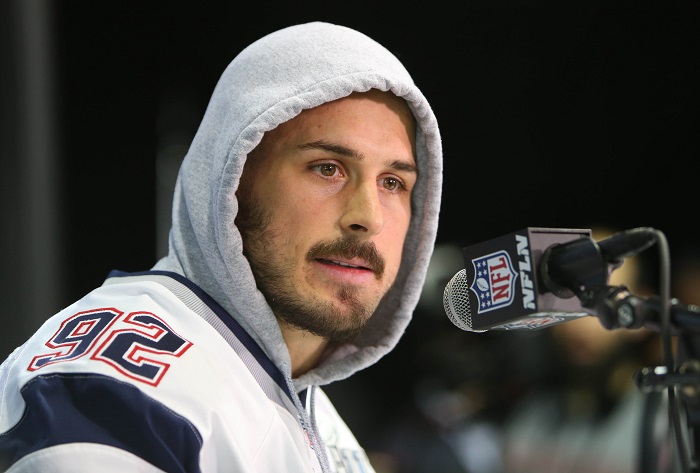 The Big 12 has produced lots of great NFL players, and the Big 12 draft is one of the most anticipated events of the season. Many of the players have inspiring stories that have made them legends. Indeed one of the biggest draws for NFL fans is the number of truly inspiration players who have overcome great odds to succeed in the sport. For instance, Kurt Warner overcame huge hurdles to become a Hall of Famer. Lottoland published an infographic on inspirational athletes and it included Warner for good reason. At one point he was working at a Cedar Falls grocery for $5.50 an hour after his career seemed over. The former Northern Iowa QB went on to play for the St. Louis Rams, helping them win Super Bowl XXXIV, and became an inspirational to all. In this article we look at Big 12 players who like Warner have inspirational stories to tell.

For all his achievements, first as a multi-sport star in high school and then as a football sensation at Kansas State, Sproles has always preferred to be away from the spotlight. The reason: he stutters. The Philly Voice reported that the fearless Sproles has long battled his speech impediment, and football became his refuge. Simply, he let his game do the talking.

For someone who carried his father’s surname without meeting him, the Longhorns’ Holmes has done remarkably well. His otherworldly work ethic certainly helped, as Holmes went from undrafted free agent to superstar running back. Often injured during his 4-year stay at the University of Texas, Holmes went undrafted in the 1997 NFL Draft. He was, however, signed by the Baltimore Ravens that same year, and by 1998, he was proving his worth in the Ravens back field. But it was with the Kansas City Chiefs where Holmes truly blossomed, becoming one of the league’s premier backs from 2001 to 2005. He retired in 2007 after a two-year battle with a spinal cord injury.

Welker went undrafted in the 2004 NFL Draft despite a prolific career at Texas Tech. He then was signed and waived by the San Diego Chargers. Fortunately for Welker, the Miami Dolphins gave him a chance, and the rest is history. The Chargers’ loss ultimately became the Dolphins gain as Welker became one of the league’s more productive receivers. The Oklahoman went from good to great after getting traded in 2007 to the New England Patriots, where he became one of Tom Brady’s favorite and most reliable targets on the field.

Amendola’s career eerily resembles that of another Texas Tech great: the aforementioned Welker. Like Welker, Amendola went undrafted in the NFL Draft, then steadily worked his way up to relevance. He spent his entire rookie year on the Philadelphia Eagles’ practice squad before spending three productive seasons for the St. Louis Rams. In 2013, Amendola signed with the Patriots, effectively replacing Welker, who had opted to sign with the Denver Broncos that same offseason. It helps, too, that Amendola is a stand-up guy, taking time off his busy schedule last year to hand out a scholarship to walk-on safety Justus Parker. We embedded in a previous post Kliff Kingsbury’s video of the moment, and it is certainly worth watching.

In many ways, the legendary Singletary was molded by tragedy, as he has had to weather plenty of them, with the death of several people close to him. Nothing, though, could ever hold down the ferocious linebacker from Baylor, and by the time he hung up his cleats, he had for himself quite a career already.

The five stories in this list represent a fraction of the many inspiring tales of Big 12 alums making it to the big league. Remember, the conference has produced its fair share of NFL players, and many of these players have their own stories of success that can inspire today’s crop of players.

Sometimes the most inspiring stories are not ones of great success. Jacob Lemming was a walk-on for Iowa State, due to his height disadvantage at 5’6” and 125 pounds. Despite being recognized as a good player he didn’t get any D-I scholarship offers. Yet rather than quit, Lemming knew he would have to make his own luck, and continued to work hard for the Big 12 team, despite the financial cost of a college education. In the end Lemming had to leave Iowa State to help his family save money. Yet despite not making it in the traditional sense, Lemming still looks back on his time playing in D-I Football as one of the most fulfilling parts of his life: “how many people can say they wake up every single morning and have the opportunity to chase their dream?” Not every player gets to reach the top of the sport, but the fact that Lemming continued to work hard for the team is hugely inspirational.

Big 12 Football’s Most Underrated Player on Every Team
Which Coach Are You Most Interested in Hearing From at Big 12 Media Days?
To Top