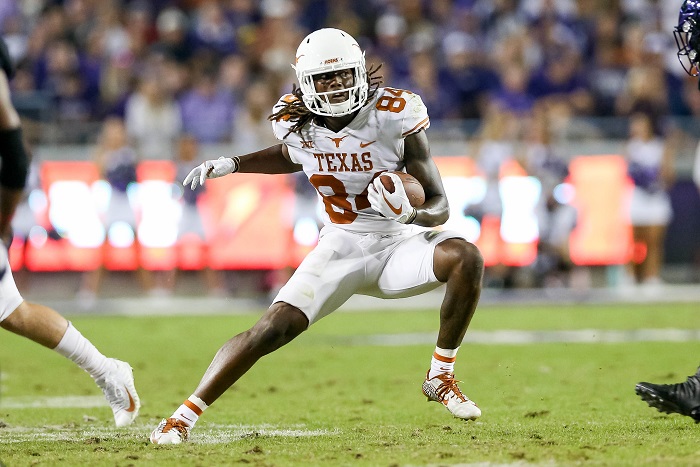 I’m sure this is exactly what Texas Longhorns head coach Tom Herman wants to be a story just days before Big 12 Media Days kick off in Frisco, Texas. His wide receiver, Lil’Jordan Humphrey, tweeted out an extensive poem where he calls college football modern day slavery and alleges that America is a place where black people can die for “just being black and free”.

A Lil piece of my mind pic.twitter.com/khNhvryK2f

I’ll give Humphreys this: It rhymes.

That’s about the end of the credit. Humphrey calls President Donald Trump a white supremacist. Most white supremacists don’t embrace Jewish grandchildren and a daughter who converts to Judaism. They also don’t go around bragging about having a low unemployment rate for people of color, that would, in theory, not a make a white supremacist very happy.

Humphreys calls college football “free labor” and an exploitation of black men. There is no free lunch, so I wonder what he considers the lack of being charged for tuition from one of the nation’s premier public universities, room and board, training sessions, tutors, flights, gear, miscellaneous expenses and much more that totals to hundreds of thousands of dollars over a four year period.

Lastly (although I could go on but I don’t believe this is worth much more of my time on a Friday night), it’s believed only 20-25 FBS athletic programs turn a profit. Humphrey should do some research on Title IX as well. So I’d be curious where the money for payments should be coming from. Boosters, maybe? If so, Humphrey should just go knock on Vince Young’s door. I’m sure he could point him in the right direction.

Also, where the hell is Tom Herman? Anyone? Bueller?