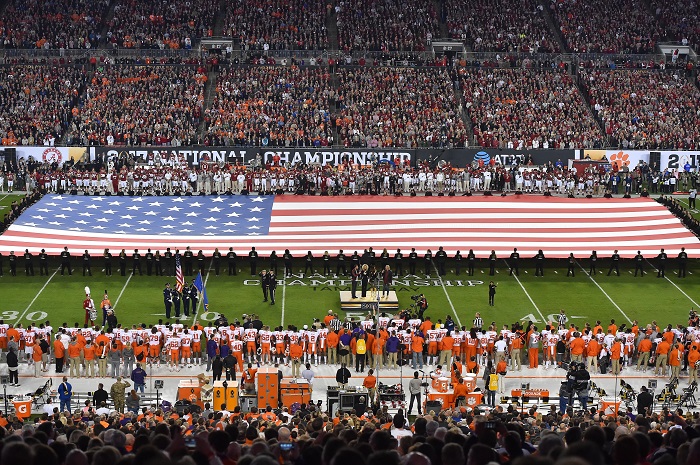 A new anonymous survey from SportsDay Dallas says that 60% of Big 12 players support kneeling for the national anthem.

The survey spoke to 22 players at Big 12 media days, with 13 saying that, yes, players should be able to kneel, only two saying no, and seven saying other. Other means they decided to “pass” or not choose a side. Frankly, the ones picking “other” are probably the wisest of the bunch to just avoid the whole debate all together.

The reaction was mixed with one player saying, “Guys come from all walks of life. You don’t know what everybody’s been through. … You take the time to know somebody, you’d be surprised what you learn.”

Of course, the NFL has been embroiled in this issue since Colin Kaepernick began kneeling during the anthem a couple of years ago, and the controversy was amped up when President Donald Trump suggested last year that players kneeling should be fired.

This offseason, the NFL decided that players who did not want to stand would stay in the locker room during the National Anthem, but after blowback from the NFL Players Association, that plan has been put on hold until further notice.