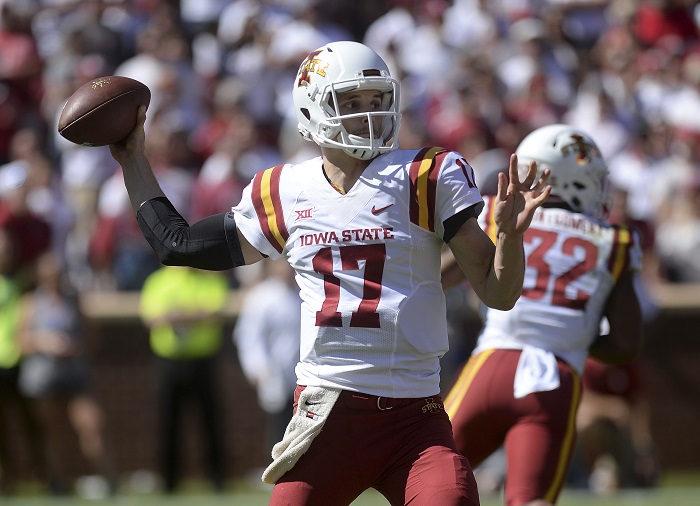 Kyle Kempt went from a nobody to a household name last October. It started with an upset win over Oklahoma, something the Cyclones hadn’t done in his lifetime (1990 was the last ISU victory over OU). Then the month was capped off with a second top 5 victory, this time in Ames, against TCU. Kempt’s name was on the map and Iowa State entered November with a chance to reach the Big 12 Championship Game.

Following a thrilling win in the Liberty Bowl, Iowa State capped off the 2017 season with an 8-5 record, the program’s best since 2000 (9-3). Then, Kempt waited on his application for a sixth year of playing eligibility. And waited. And waited some more. Finally, on February 9th, it was announced that Kempt had received his sixth season. The quarterback who barely played on his journey from Oregon State to Hutchinson Community College to Iowa State, would get one more season to prove his worth.

“It was exhilarating for me. It was just a long process so it was just really painful to be a part of because they kept pushing it back three or four times each week… finally I got it and it was awesome. Just to be back with the team was a big part,” Kempt told me at Big 12 Media Days.

But if he hadn’t received another season of eligibility, Kempt said he’d be back at school anyway to finish his degree in … computer science. Not your typically degree for a Division I college football player, even for a quarterback. And then Kempt admitted, he “would’ve just gone into the work force” after finishing his schooling.

But now that Kempt has one more chance to further his football career, computer science is going to have to wait, for now.

“That’s [computer science] my back up plan. I’m going to ride football as long as it lets me and then at the end of the day I have a really good degree to fall back on and I’m cool with that.”

Kempt added that he would not spend his post-college years toiling around in the CFL or elsewhere. It’s the NFL or it’s time to move on. And that’s not due to arrogance, but due to his health, saying, “It’s NFL or bust. I’d be ready to walk away from the game. I don’t want to put the people I love through that as well.”

The quarterback cited his health as the biggest reason why, adding, “If I’m getting paid like that in the NFL, I’d prefer that over playing in the CFL and not making nearly as much money, but also putting my body in that kind of difficult position.”

And if you think $50,000-$80,000 right out of college is a great salary. You’re right. But you also don’t have a computer science degree to fall back on. Kyle Kempt does. Life is all about options and it’s nice to have them.