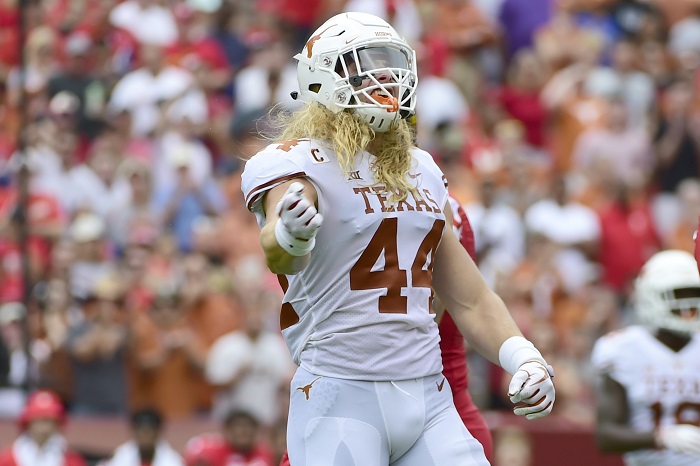 I will pick the best question for each mailbag and label it as my question of the week. The winner gets a free HCS Koozie to keep your beer cold (Unless you like it warm, but that’s just plain wrong). It was busy question day which tells me that this mailbag is working harder than me at my day job. Unlike the “Big 12 blog” over at ESPN (I say that loosely because one story a month is a tragedy), we here at HCS are determined to give you the best Big 12 coverage on the planet. I want to thank each one of you who submitted a question this week and for those reading, I am glad you could join me. I am enjoying a late beer myself to help me work my way through the mailbag. I had so many questions this week, I had to break it up into two posts. So, the first part will be Tuesday and the part two will be Wednesday so don’t worry, your question will be answered.

There are probably some that don’t give a rats you know what about how my weekend was. If you do care or even if you don’t, I am going to tell you anyways. My weekend was busy as hell! Friday night I covered a local high school game in San Antonio and stayed up late putting the final touches on it to get it up ASAP. Saturday, I had to work a little in the morning before I spent ALL DAY WATCHING BIG 12 FOOTBALL AND IT WAS AWESOME! Seriously, I was watching on my tv, laptop, phone you name it. Sunday, I relaxed and did a few things for the site before spending my final day off on Labor Day going up to Gruene, Texas to walk around, drink some beer at Gruene Hall and eat a chicken fried steak over at the Gristmill. Overall, it was a solid opening weekend for me and I hope yours was too. On to the mailbag!

@wiggitwiggit asks: The Cy-Hawk game, who you got? Also, discuss the reasons Matt Campbell would stay at ISU for the long haul?

Duke: Long story short on the Cy-Hawk game, give me the Clones baby! I don’t really watch any Big Ten football, so I have no clue what the Hawkeyes look like this year, but I do believe that Iowa State will come out fighting and go all out in this game especially in a rivalry game like this. It’s been a few years since Iowa State has beaten Iowa and I think the time is up not only for Iowa this year, but for the future as well with the way Matt Campbell is building this program.

As for Matt Campbell staying long term at ISU, I have two reasons. One, he is loyal as hell and I can remember people linking him to the Ohio State job and he quickly, and I mean quickly addressed that and shot it down. Two, he can be a legend at ISU if he can reach bowl games consistently there. Think about it, expectations aren’t sky high in Ames like they would be at higher profile jobs. If Matt Campbell can get to bowl games and compete every now and then for a conference title, they would likely build a statue in front of the stadium for him.

Duke: I had Texas fifth back in my preseason Big 12 offensive line rankings, but I am assuming you are talking strictly about the Maryland game this past weekend? If that’s the case, the offensive line didn’t play bad last Saturday. They only gave up one sack and Texas averaged 3.9 yards per carry in the run game. It’s a unit that’s still improving but if you are looking to point the blame at somebody for the loss, there are other reasons Texas lost that game against Maryland (Again).

@cychas97 asks: What advantage does Iowa State have by having their game canceled after 4 minutes?

Duke: Well, for the Iowa game, it doesn’t give much for the Hawkeyes to look at from a film perspective. However, this Iowa State offense isn’t exactly complex either and I would say that Iowa sees more offenses like Iowa State anyways because they play in the Big Ten. What Iowa doesn’t know though is how Kyle Kempt will look because he is still a bit of an unknown to this point but what I do know is that Kyle takes care of the football and makes smart decisions. Overall, I don’t think it’s a huge advantage and even if Iowa State played that game against South Dakota State, I doubt they would have thrown the entire kitchen sink at them if you know what I mean. Overall, I will say it’s a slight advantage but don’t forget, the Cyclones could make those early first game mistakes because they didn’t really get to play a true first game.

@Perry Stan asks: Which Big 12 team in hindsight will end much better than they played in week one?

Duke: I must cheat here and give you two teams that I think will show up to play better in Week 2. Those two teams are Texas Tech and Texas. Why? Look at the schedule. Texas Tech plays Lamar at home (Yawn) and Texas plays Tulsa at home (Another yawn). Both teams should do basically whatever they want to on both sides of the ball in these games considering the level of competition they are playing. This question may be best suited for when conference play rolls around and schools aren’t playing cupcakes.

@tweber92 asks: What is your honest opinion of the WVU defense after the Tennessee game?

Duke: Let me start by saying this, Tennessee has some serious issues offensively, especially up front and at the quarterback position which are the two most important positions to have a successful offense. With that being said, I thought the Mountaineers played outstanding on that side of the football. DT Kenny Bigelow really impressed me as well as Reese Donahue and Darius Stills. Not to mention, LB David Long was all over the field as well as expected. The Mountaineers did some really good things in this game holding the Vols to 301 total yards of offense and most importantly holding them to just 129 yards on the ground which was a big area of concern for me heading into the season. I know it’s still VERY early but overall, I really like what I saw on Saturday and if that kind of effort can become a regular thing for this defense, I have no doubt that this team will be playing for a Big 12 title come December.

@CoachBeecham asks: 1. Of the teams that lost in Week 1, which ones will win in Week 2 and why?

2. Most interesting game in week 2 (Oklahoma vs UCLA, Mississippi State vs Kansas State or Iowa State vs Iowa) and why?
3. Is there a potential QB battle at Baylor?
4. Some eye popping QB play week one. Rank the QBs after those performances
5. Should Texas give Shane a chance at QB over Ehlinger?
6. Will Kansas win a game this season?

Duke: I am going to answer these in a rapid-fire mode here since there is quite a few.