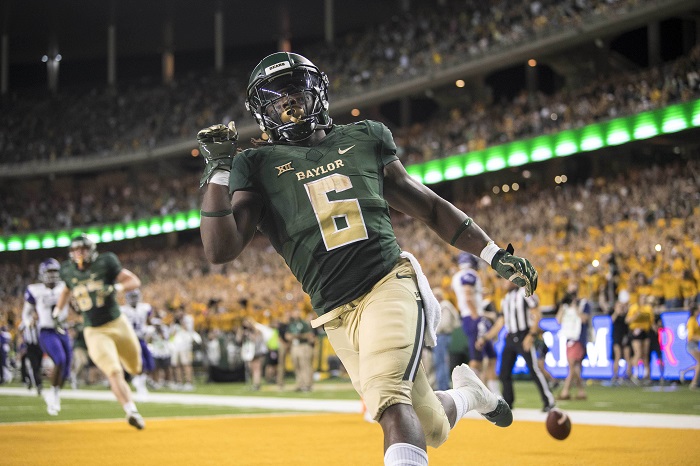 Here is everything you need to know about the Bears’ upcoming game in our Baylor vs. UTSA preview and prediction.

Where: Alamodome in San Antonio, Texas

QB Charlie Brewer and QB Jalan McClendon- Both guys saw action last week in a blowout win against Abilene Christian at home. While both look pretty good last week, I thought Jalan was the better quarterback out of the two. Look for Charlie and Jalan to split playing time again this week against UTSA as Baylor is still figuring out who is going to be “the guy” when conference play kicks in.

RB JaMycal Hasty- UTSA really struggled last week stopping the run against Arizona State giving up over 250 yards on the ground last week. With an improving offensive line, JaMycal Hasty is a guy who can take advantage of that after rushing for over 100 yards on just 10 carries last week against Abilene Christian.

LB Clay Johnston- As I am writing this, it appears that Clay will be ready to play Saturday after missing some time due to injury. If you watched Baylor last season, Clay is one of the best players on the Bears defense and with him out of that starting lineup, it’s a big hole to try and fill with someone else. When fully healthy, Clay is a player who can make a huge impact on this defense not only by his play on the field, but his leadership as well.

QB Cordale Grundy- I am sure Cordale would love to put last Saturday’s performance behind him. Against Arizona State last week, Cordale completed less than 50% of his passes and had a total QBR of 16.9. Whether it was first game jitters or the competition level, Cordale is going to have to take his game up a notch for his team to pull off the upset against Baylor.

RB Jalen Rhodes- Rhodes was the top returning back heading into the season but with the game last week getting out of hand so quickly, the Roadrunners were forced to throw the football more than they would like to. Jalen only got 3 carries last week while RB B.J. Daniels got 9. If Jalen is going to be the true number one back in this offense, he will need to show it on Saturday.

LB Josiah Tauaefa- Josiah was a freshman All-American back in 2016 and after missing a lot of 2017 due to injury, he picked right up where he left off two seasons ago last week. He recorded 10 tackles (Which led the team last week) against the Sun Devils and much like Clay Johnston for Baylor, Josiah is the leader of this Roadrunner defense. I am sure Josiah will be flying around the football plenty in this matchup.

The matchup to watch will be the UTSA offense vs the Baylor defense. Both groups struggled against their respected opponents last week and both need to bounce back in a big way if they want to have successful seasons. UTSA was a complete mess on offense and like I mentioned earlier, QB Cordale Grundy completed less than 50% of his passes and had a QBR of 16.9. His back up had a QBR of 2.6 so the options behind Cordale are limited. Also, this offense struggled big time to run the football as they only rushed for a whopping 3 yards on 33 carries!

This should be good news for Baylor considering the struggles they had last week against Southland Conference opponent Abilene Christian. The Bears gave up 220 yards last week on the ground which is inexcusable but with Clay Johnston coming back, that should help clean some things up as well as getting some of their defensive linemen healthy too. This matchup will determine if its going to be a high scoring game or a snoozer.

I really like what I saw on offense for Baylor last week. I know it was a cupcake game, but I really like either quarterback (Charlie Brewer or Jase McClendon) to run this offense. Also, with plenty of weapons on the outside (Denzel Mims, Jalen Hurd etc.), the Bears could have plenty of success through the air as well as on the ground since UTSA couldn’t stop the Arizona State run game at all. Don’t forget the Roadrunners are still figuring things out offensively and I just don’t see them keeping up with the Bears in this game. Give me Baylor by at least two touchdowns on Saturday.