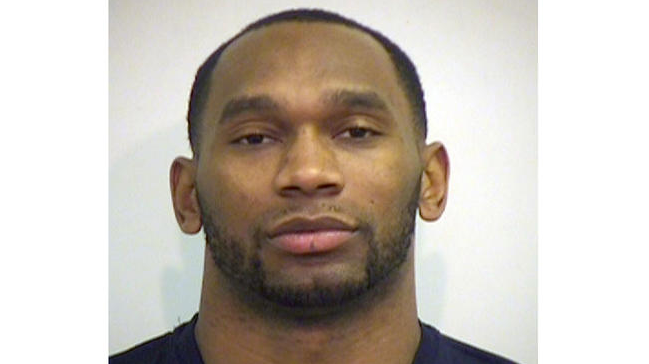 There’s more bad news for Joseph Randle. The former Oklahoma State and Dallas Cowboys running back was arrested for rape in Kansas on Friday morning. The news has been confirmed by the Sedgwick County Sheriff’s Office.

Sheriff’s Office records show that the 26-year-old was arrested at 3:45 a.m. on charges of rape. The details surrounding the arrest have not been disclosed.

Randle is being held without bond at a local detention facility.

Randle has an extensive history of breaking the law.  In June, he was temporarily released from federal custody after being jailed for two years and was on five years probation after he tried to run people over with his car. His other four run ins with the law include pleading no contest to felony counts of interference with a law enforcement officer and aggravated battery. He then pleaded guilty to two misdemeanors, disorderly conduct and criminal damage to property, and was immediately sentenced to six months in jail on each count.

Randle was released from the Cowboys in November 2015. He was a 5th round pick in the 2013 NFL Draft. Prior to that he was a star at Oklahoma State, where he rushed for over 1,200 yards in each of his final two seasons with a combined 38 rushing touchdowns.