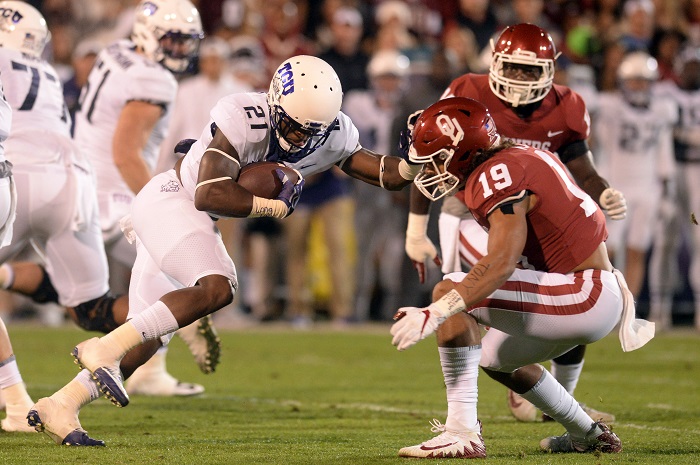 ESPN’s Sport Analytics department did a study to determine who the happiest college football fan bases are in America and both Oklahoma and TCU found themselves in the top 5.

As for Oklahoma and TCU, it makes perfect sense. The Sooners are the cream of the crop in the Big 12 Conference winning three straight titles and looking like the class of the conference again this season. Their fan base went from Bob Stoops to Lincoln Riley, a coach who is already, in his mid-30’s, getting noticed by the NFL. If you’re an Oklahoma fan, what’s not to love right now?

As for TCU, this program went from irrelevant in the years following the break up of the Southwest Conference to suddenly back in the Power 5 in the Big 12 and is now competing for conference championships. If you told a die hard TCU fan 15 years ago where his or her program would be in 2018, they would think they’d have died and gone to heaven. Gary Patterson is one of the best coaches in America and the program, sitting in the middle of talent-rich Dallas-Fort Worth, is consistently recruiting Top 25 classes, which typically puts them in the top 3 in the Big 12 Conference.